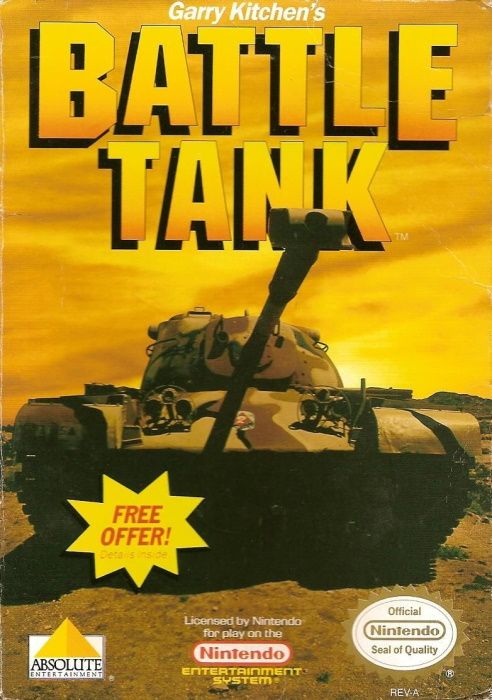 Click the button below to buy Battle Tank NES.

*Battletank is an action video game released by Absolute Entertainment in September 1990 for the Nintendo Entertainment System. The game is similar to the Atari game Battlezone, and supports one player. It was considered to be a poorly designed game, as it was intended to become a space flight game for the Commodore 64 during its development.

The player is placed inside a tank, hence the game has a first person view. The tank is equipped with a smokescreen, a missile launcher, a 150mm cannon, and a .50 caliber machine gun. The object of the game is to destroy enemy tanks and helicopters in the area. If the player fires the tank's guns for too long, they will overheat and will take time to cool down.