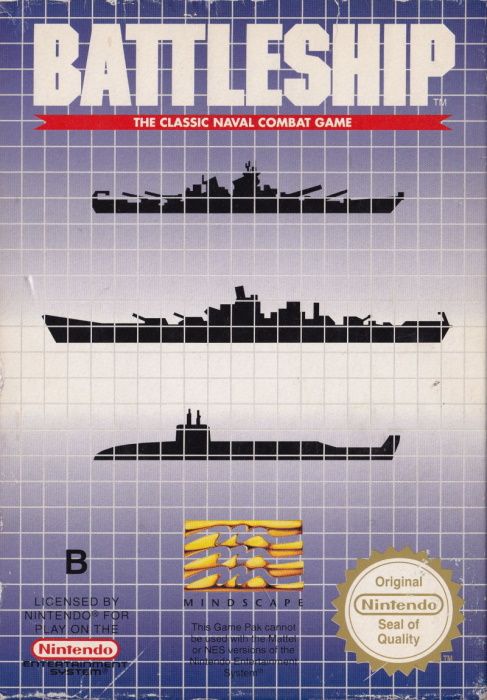 *Battleship is an NES and Sega Game Gear video game based on the board game of the same name.

The object is to sink the opponent's entire fleet without him sinking the player's fleet first. In this updated version, both the player and the computer get extra firepower from military aircraft and support weapons. There are even scenarios that start a player off in a pre-played game that he must resume (and overcome a bleak scenario).