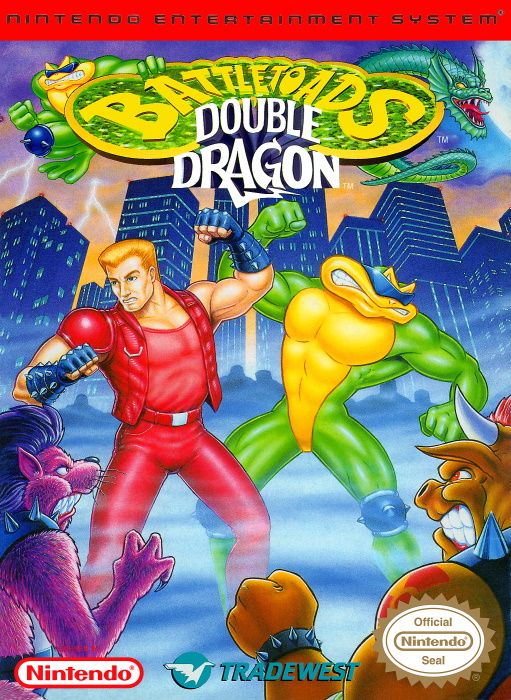 *Battletoads/Double Dragon (also Battletoads & Double Dragon - The Ultimate Team) is a 1993 beat 'em up developed by Rare and published by Tradewest. It was originally released for the Nintendo Entertainment System and later ported to the Mega Drive/Genesis, Super NES, and Game Boy.

The initial NES version of the game features 3D scrolling and other advanced special effects not commonly found on the console. The Game Boy version is similar to the NES version, but it is only for one player. The sprites are the same size although the screen is smaller (leaving less room for movement) and the 3D effects were removed.

The later Genesis and Super NES versions of the game are quite similar. Some differences being that the SNES version has better graphics and higher quality sound, while the Sega version features more music tracks, has sharper sprites for the 'toads, and more comical reactions from the characters and from defeated enemies, as well as blood from said enemies' post-defeat portraits.