Opened between 1908 and 1910, the railway which traversed the challenging Bernina Pass was built to extend the reach of rail travel, for locals and tourists, expanding upon the success of the Albula Line. The peaks and valleys of the Bernina Alps required rails as high as 2,253 m (7,392 ft), and so the route was built with a staggering 7% gradient for the most part, in both directions, and had to feature engineering marvels such as hairpin curves and plenty of tunnels – all of which are still in use today.

Construction was costly, and the line struggled to pay for itself to begin with, but once it was taken over by the by the Rhaetian Railway (RhB) in 1943, substantial upgrades revitalised it, and today, it is a world-renowned route through the Alps. The Bernina Pass is served most famously by the Bernina Express, which connects Switzerland and Italy and offers an unrivalled view thanks to the panoramic coaches which are used.

In Train Simulator, the Bernina Pass has been captured exquisitely, right down to individual station building features and the intricate overhead electrification (which the pantograph reacts to). Your virtual journey starts from either St. Moritz or Samedan, familiar locations to owners of the Albula Line, but the line takes a new direction from either station, heading south into the picturesque Bernina Valley.

Things take a turn for speed to begin with, however you’ll soon be riding the steep climb up towards the top of the route, and depending on the time of year, you’ll see the landscape change into something of a wonderland. It is then hairpin central as the descent begins, before finally landing at the base of the valley in Poschiavo.

Climb aboard today and experience the wonder of the Bernina Pass: St. Moritz and Samadan to Poschiavo route. 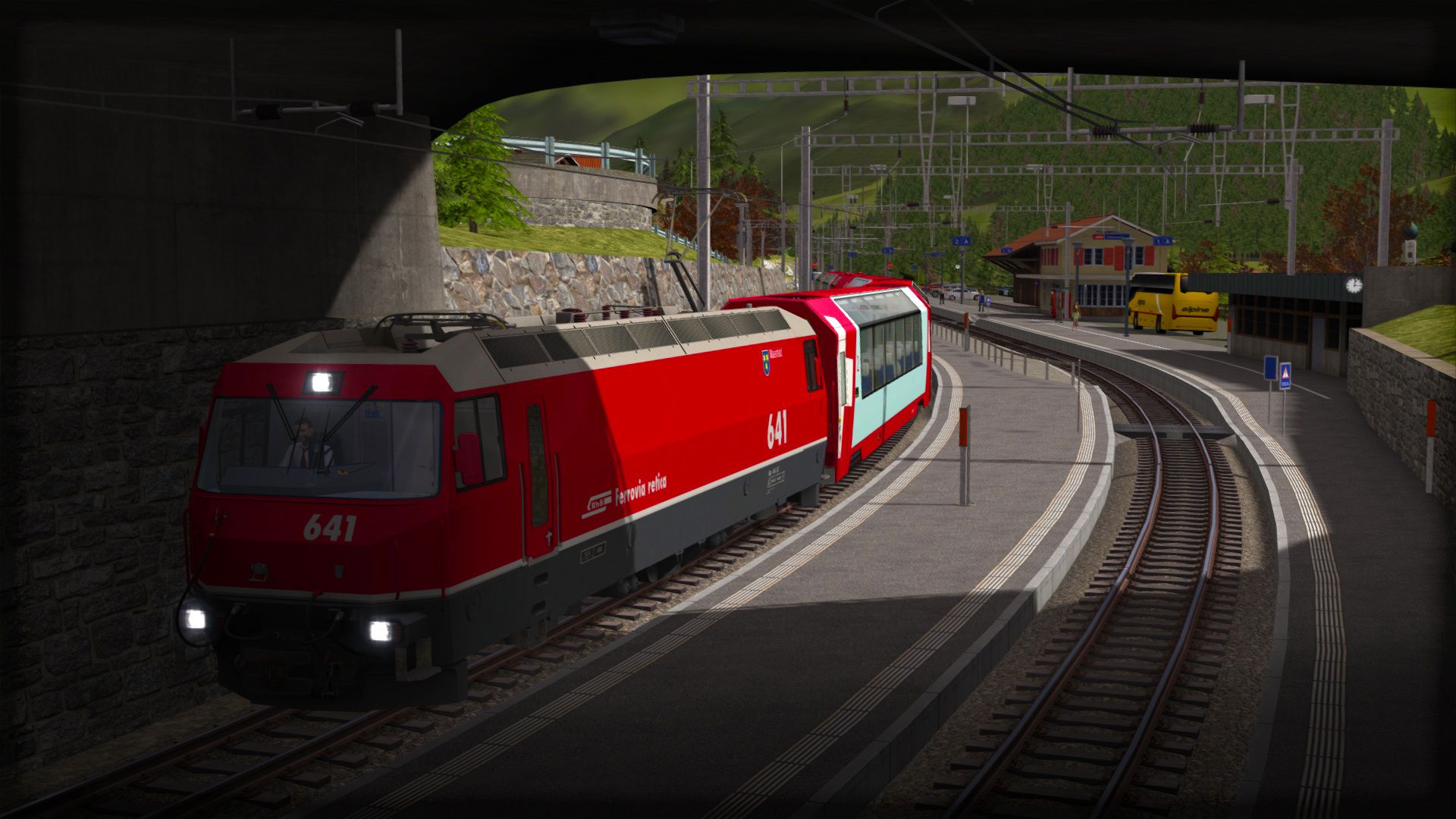 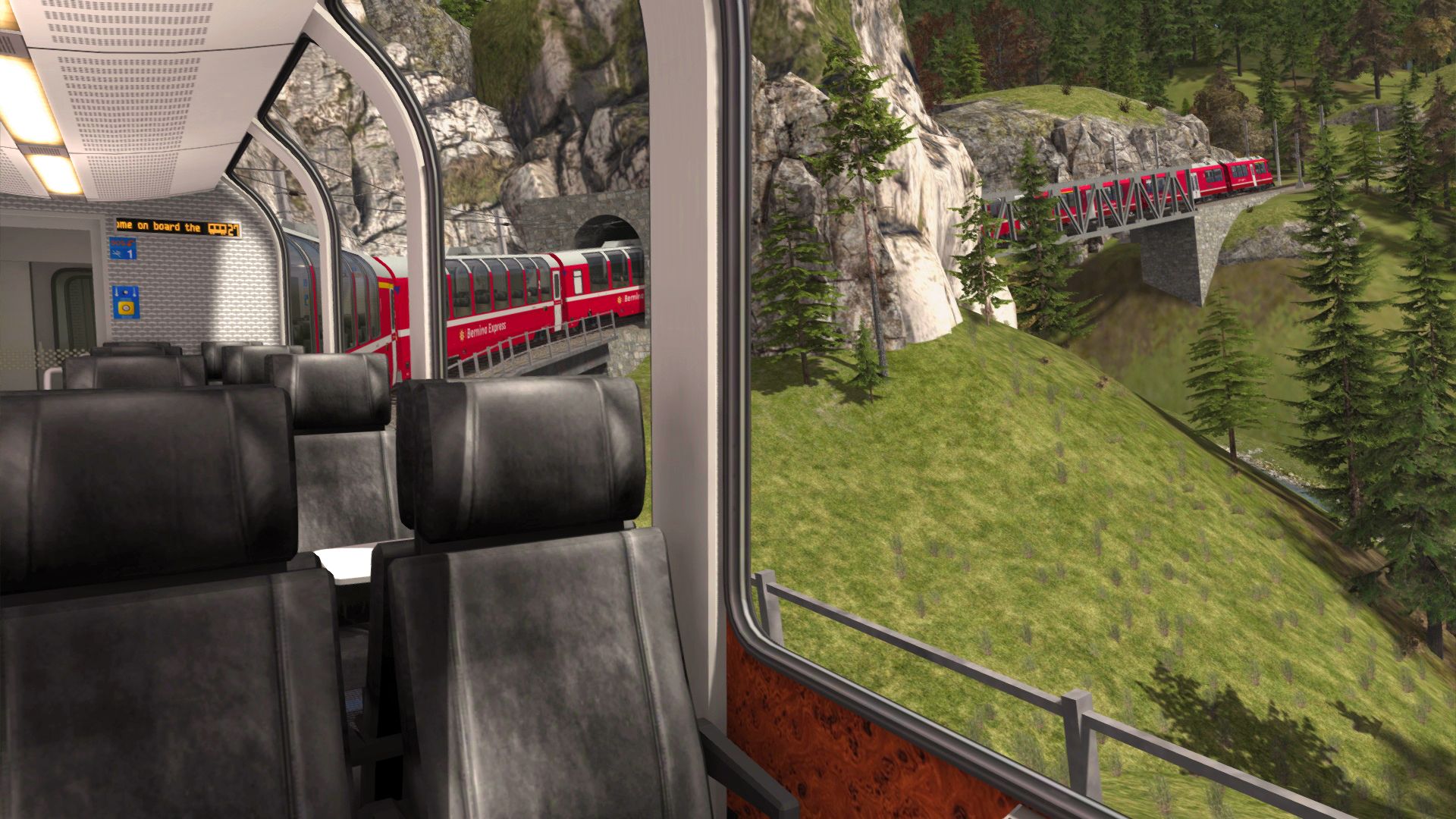