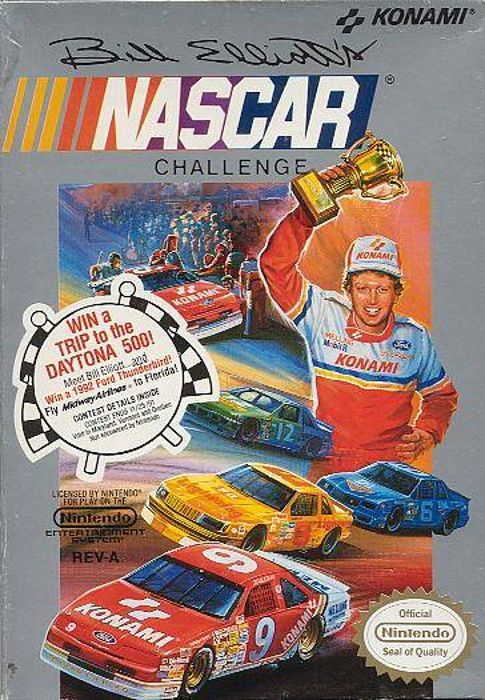 This game is the first video game to ever secure the NASCAR license. It features several real NASCAR tracks in the game, such as Watkins Glen and Talladega. This game is also the first to feature a real NASCAR driver in a PC game, Bill Elliott.

In 1991, Konami sponsored a contest where players could submit top scores for a chance to win a trip to the 1992 Daytona 500 to meet Bill Elliott, and other minor prizes. To enter, a player was to send a 35mm photograph of his or her final championship score using full race distances, manual transmission and regular damage settings.