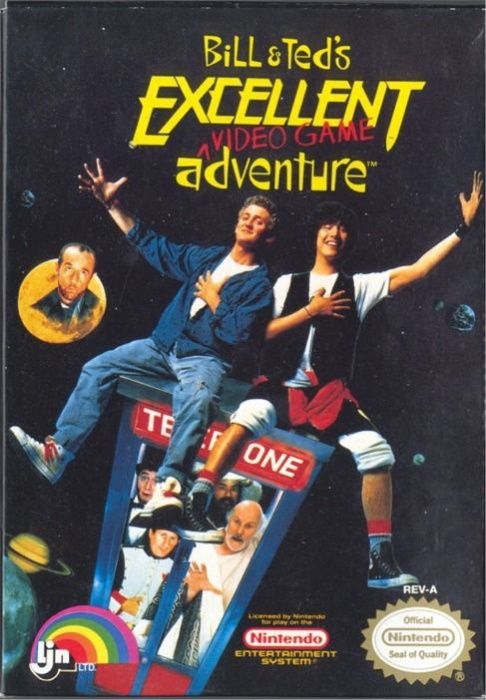 *Bill & Ted's Excellent Video Game Adventure is an action-adventure video game that is part of the Bill & Ted franchise and is based on the film Bill & Ted's Excellent Adventure which was released in North America by LJN for the Nintendo Entertainment System in 1991. The game's plot is not an adaptation of the movie, but rather serves as an original continuation to the film's events.

Depending on the level, players take control of either Bill or Ted to search for the stranded historical figures' various worlds throughout history and return them to their rightful times. Players will explore houses, buildings and castles, plus talk to locals for clues and outfox mad villagers by outrunning them or using items from their inventory that can either distract, satisfy, entrance, or cause the person to disappear. In order to gain the historical figure's trust, the player must locate items called historical bait hidden within each world.

Upon its release the game earned a handful of Mixed-to-Negative reviews. Nintendo Power gave the game a 3.6 out of 5 stating the positive side as "Bill & Ted fans won't be disappointed by the video versions of the dudes from San Dimas" but also points "It isn't easy finding items, which means you'll spend ages wandering around, and that's frustrating."