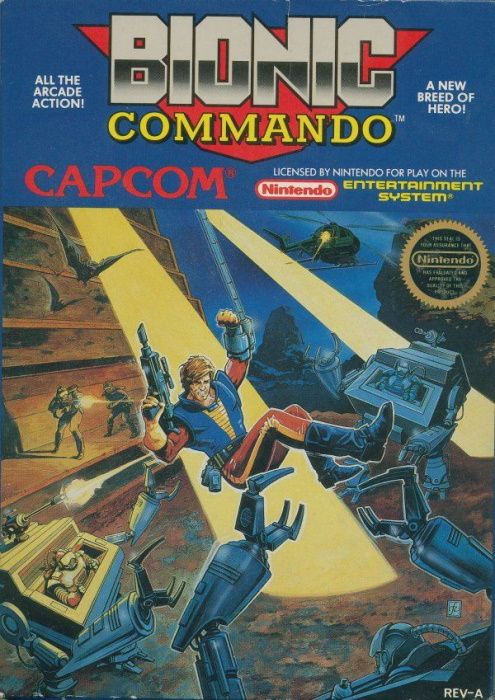 *Bionic Commando, originally released as Hitler's Resurrection: Top Secret (ヒットラーの復活 TOP SECRET(トップシークレット), Hittorā no Fukkatsu: Toppu Shīkuretto) in Japan, is an action-platformer video game released by Capcom for the Family Computer and Nintendo Entertainment System in 1988. It is based on the 1987 arcade game of the same title.

As Ladd Spencer, a member of the FF Battalion, the player has to explore each stage and obtain the necessary equipment to progress. Spencer is equipped with a mechanical arm featuring a grappling gun, allowing him to pull himself forward or swing from the ceiling. As such, the series is one of few instances of a platform game in which the player cannot jump. To cross gaps or climb ledges, Spencer must use his bionic arm.

Nintendo Power ranked it as the 17th best Nintendo Entertainment System video game, describing it as one of the console's most original action games due to the ability to swing.