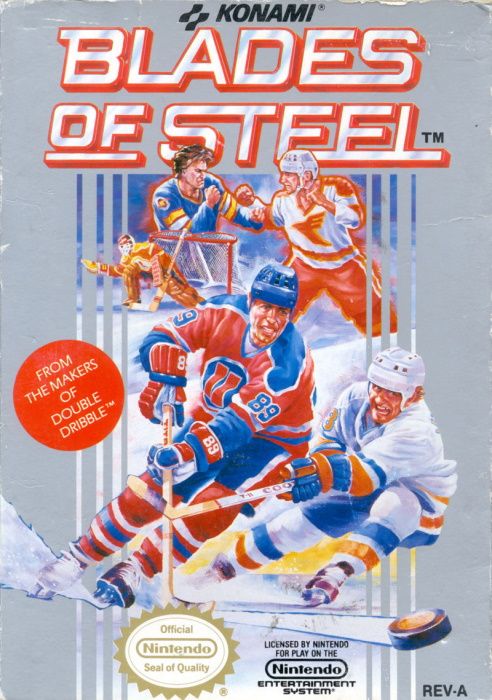 *Blades of Steel, later released in Japan as Konamic Ice Hockey (コナミック アイスホッケー, Konamikku Aisu Hokkē), is an ice hockey video game released by Konami for North American arcades in 1987, and ported to the Family Computer Disk System and Nintendo Entertainment System in 1988. All teams are fictional but based out of real Canadian and American cities. The game is known for its fast-paced hockey action and especially for the fighting. It is a one or two player game. When playing against the computer, there are three difficulty levels to choose from: Junior, College, and Pro (with Pro being the most difficult and Junior being the easiest). Each team consists of three forwards, two defencemen, and a goaltender.