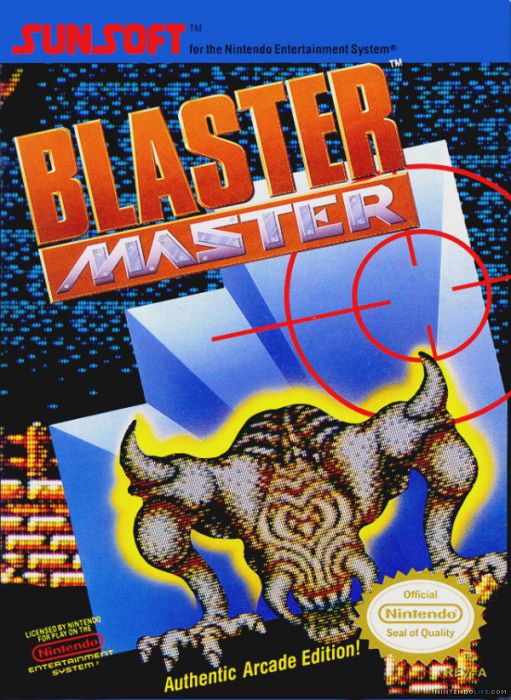 *Blaster Master is a platform and run and gun video game released by Sunsoft for the Nintendo Entertainment System. It is a localized version of a Japanese Famicom game titled Chô Wakusei Senki Metafight (超惑星戦記メタファイト, lit. "Super Planetary War Records: Metafight", also simply called Metafight), which was released on Jun 17, 1988. The game was released in North America in November 1988 and in Europe on April 25, 1991. The game is the first in the Blaster Master series, and it spawned two spin-off games as well as two sequels.

The game features a character named Jason who follows his pet frog Fred down a hole in the earth. There he finds a tank and uses it to battle radioactive mutants. The player controls Jason and the tank Sophia the 3rd through eight levels of gameplay to find the whereabouts of Fred and to defeat the mutants and their leader, the Plutonium Boss. The game was praised for its smooth play control and level designs, detailed and clean graphics, and music, and it was criticized for its high difficulty level and lack of passwords or save points. The game was novelized by Peter Lerangis, as part of the Worlds of Power series published by Scholastic Books.