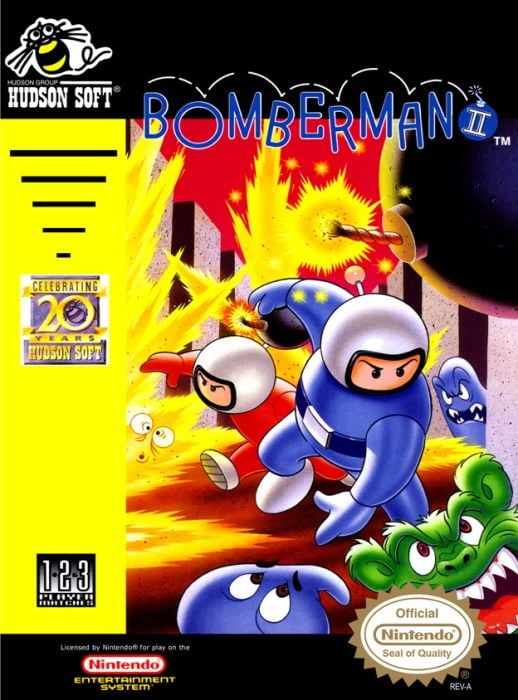 Click the button below to buy Bomberman II NES.

*Bomberman II (ボンバーマンII, Bonbāman Tsū) is a video game developed and published by Hudson Soft and released for the Family Computer/Nintendo Entertainment System in 1991. The game was titled Dynablaster in Europe.

The game follows the classic Bomberman formula: you are in a room full of blocks and enemies and Bomberman must plant bombs to destroy the blocks and enemies. Several blocks contain power-ups (such as blast radius increasers or fuse shorteners), and one in each level contains a door, which takes Bomberman to the next level.

Passwords are given after a game over, recording the level, number of bombs, and strength of bombs. These passwords can be entered when the game starts allowing the player to continue where he or she left off.