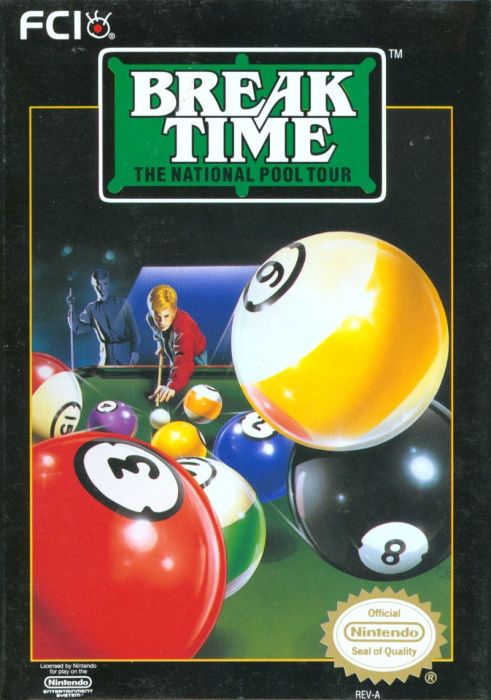 Click the button below to buy Break Time: The National Pool Tour NES.

*Break Time: The National Pool Tour is a pocket billiards (pool) video game released for the Nintendo Entertainment System in 1993 exclusively for a North American audience.

There are four unique challenges in the game, eight-ball, nine-ball, rotation, and straight pool. All four are allegedly played according to the professional (i.e. world standardized) rules.

Click below to view/download a PDF version of the Break Time: The National Pool Tour NES manual