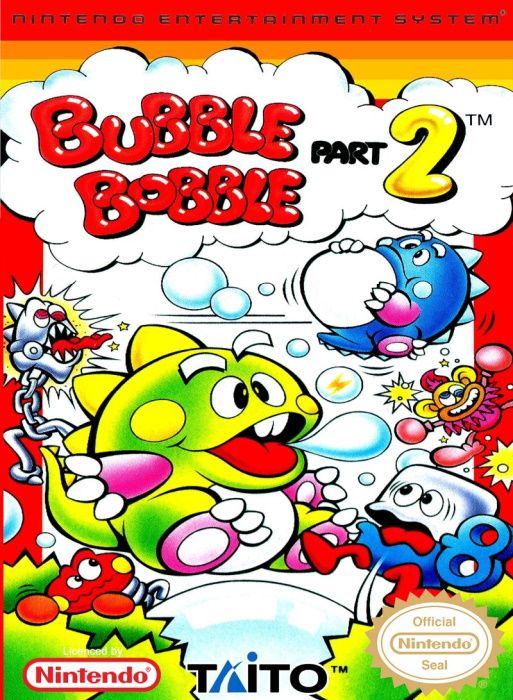 Click the button below to buy Bubble Bobble Part 2 NES.

*Bubble Bobble Part 2 (バブルボブル2) is a game in the Bubble Bobble series. While it was never released in the arcade, two versions of the game were developed independently from each other (for the NES and Game Boy formats), with each game receiving a different story line as a result. The Game Boy version is known in Japan as Bubble Bobble Junior (バブルボブルジュニア).

For both the NES and Game Boy versions, the gameplay remains largely unchanged from the other games in the series. However, the player can become able to float up to higher platforms and over walls by holding down the B button. In the NES release, unlike the original Bubble Bobble and many other games in the series, the 2-player mode has players take turns across levels, rather than cooperatively play through them simultaneously. In the NES version only, there are three bonus games which are located after the player defeats a boss, or through a certain door.