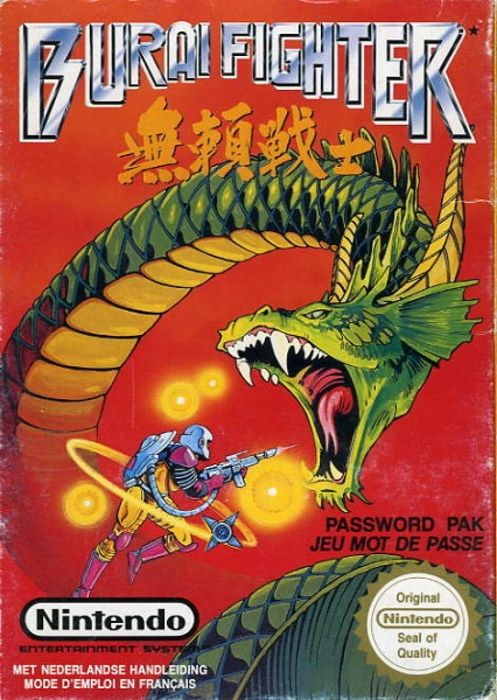 *Burai Fighter (無頼戦士, ブライ・ファイター, Burai Faitā) is a 1990 side-scrolling shoot 'em up video game for the Nintendo Entertainment System. The game was released in North America in March 1990, in Europe and Australia in 1990 and in Japan on July 20, 1990. The game was also ported to the Game Boy and retitled as Burai Fighter Deluxe, and was released in Japan on June 27, 1990, in North America in January 1991 and in Europe in 1991; this port eventually wound up on the Game Boy Color as Space Marauder, originally released in Japan as Burai Fighter Color.

The setting for Burai Fighter, according to the manual, is to fend off seven bases of Burai, super-intelligent cyborgs. The player starts out with a relatively weak cannon but can upgrade to ring, laser, and missile weapons, which are much more powerful. The player can also choose from three difficulty settings: Eagle, Albatross, and Ace; but the fourth difficulty setting, Ultimate, must be unlocked. One proceeds by controlling the character in 8 directions and can shoot in a different direction from the direction he is looking.