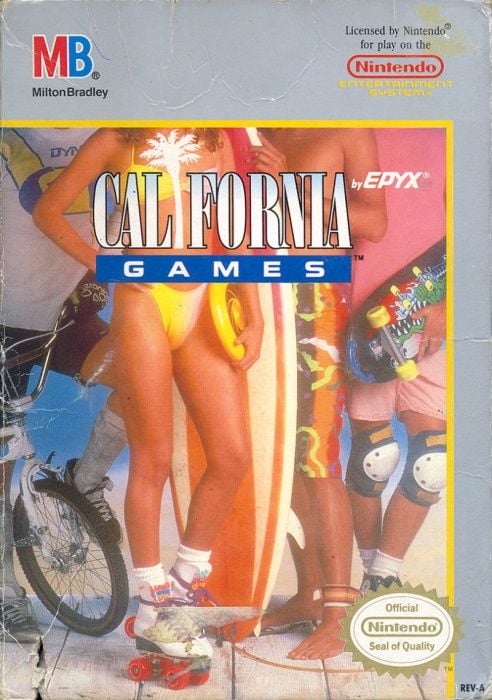 *California Games is a 1987 Epyx sports video game originally released for the Apple II and Commodore 64 and ported to other home computers and video game consoles. Branching from their popular Summer Games and Winter Games series, this game consists of a collection of outdoor sports purportedly popular in California. The game was successful for Epyx and spawned a sequel.

Originally written for the Apple II and Commodore 64, it was eventually ported to Amiga, Apple IIGS, Atari 2600, Atari ST, MS-DOS, Genesis, Amstrad CPC, ZX Spectrum, Nintendo Entertainment System, MSX and Master System. The Atari Lynx version was the pack-in game for the system when it was launched in 1989.

With more than 300,000 copies sold in the first nine months, California Games was the most-successful Epyx game, outselling each of the four previous and two subsequent titles in the company's "Games" series. CEO David Shannon Morse stated that it was the first Epyx game to appeal equally to boys and girls during playtesting.