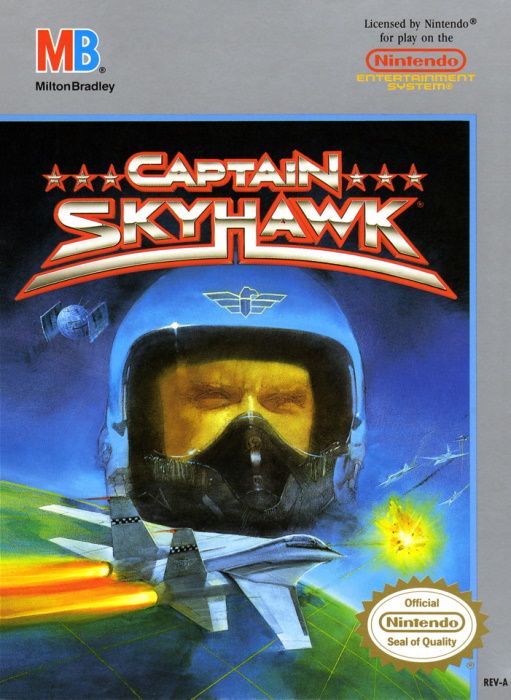 *Captain Skyhawk is a scrolling shooter video game developed by Rare and published by Milton Bradley Company. The game was released in North America in June 1990 and in Europe on May 24, 1994, for the NES. It was also released for the PlayChoice-10 arcade machine. It features music by composer David Wise.

The game is very reminiscent of the Sega classic Zaxxon. The game features top-down scrolling overhead isometric graphics, including simulated 3D terrain. The terrain mimics the look of flight simulators available for the PC at the time. The game player is the pilot of the plane, code-named the F-14VTS (a fictional version of the F-14), and must avoid the mountainous terrain while annihilating aliens.

There are a total of nine missions in the game. The first seven have three objectives each while missions eight and nine have two objectives and one objective, respectively. Each level has multiple routes, some of which allow the player to bypass large gatherings of hostiles. The objectives vary across missions and include destroying an enemy base, dropping supplies, fighting aerial battles, picking up a scientist, and docking with a space station.