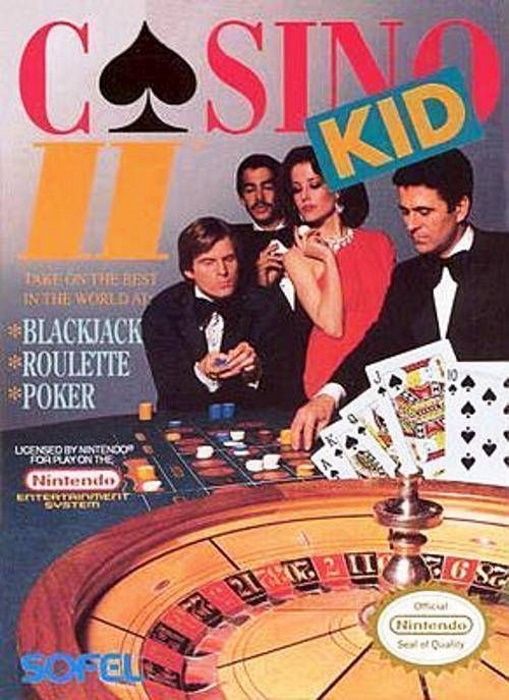 Click the button below to buy Casino Kid II NES.

Casino Kid II is the sequel to Casino Kid, released in North America in April 1993 by the same company. The sequel was originally going to be titled The Prince of Othello and given a 1990 release until Sofel decided to temporarily cancel the project.

In Casino Kid II, the titular protagonist, after having defeated the top players in Las Vegas, is issued a challenge by the top gamblers around the world. The matches are organized by a mysterious leader, and to unveil the leader, the Casino Kid must defeat nine opponents from around the world in the games of roulette, poker, and blackjack. There is a story sequence that is more elaborate than in Casino Kid. Gameplay in Casino Kid II differs in that players no longer venture around the casino looking for rival gamblers, though the card games still operate in the same fashion as in the original Casino Kid. Players travel by plane to each destination either in the daytime or in the night; depending on which country that he is flying to.

Unlike Casino Kid, Casino Kid II was never released in Japan. The game is probably most well known for its music done by the EIM sound team of Kenji Eno and Michiya Hirasawa.