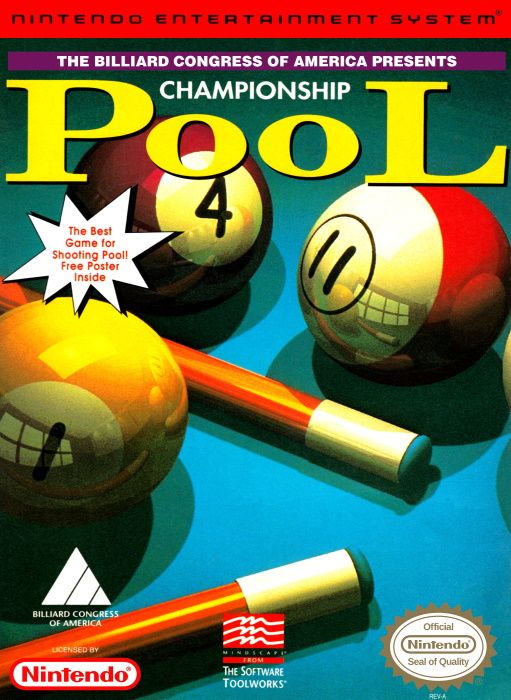 The game is a straightforward, virtual version of pool, and includes several games: eight-ball, nine-ball, three-ball, ten-ball, fifteen-ball, straight pool (14.1 continuous), rotation, equal offense, and speed pool. The player may play against the computer or up to seven other players using the same console using the "Party Pool" (multiplayer) option. Other gameplay modes include "Tournament" (single-player, computer opponents), "Freestyle" (players make up own game rules), and "Challenge" (single-player, shot practice).

Championship Pool was designed and programmed by Franz Lanzinger and David O'Riva. The music was done by Jerry Gerber, who also composed music for The New Adventures of Gumby and Gumby: The Movie. The game was released in North America in October 1993 for the NES, and November 1993 for the SNES.