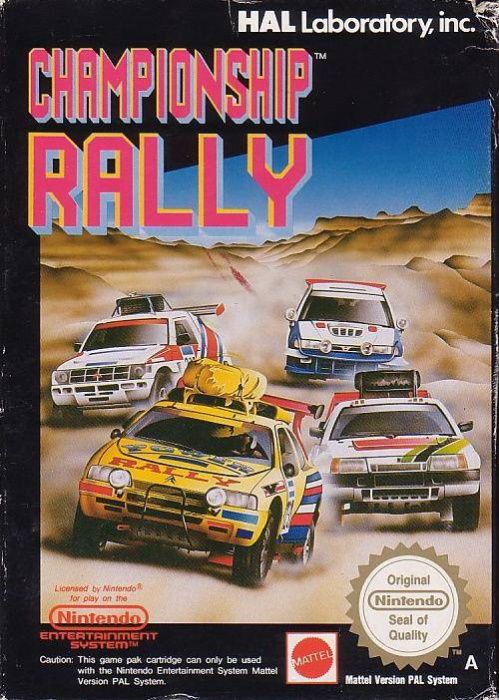 Click the button below to buy Championship Rally NES.

*Championship Rally, known as Exciting Rally: World Rally Championship (エキサイティングラリー, Ekisaitingu Rarī) in Japan, is a 1991 racing video game published by HAL Laboratory and made for the Nintendo Entertainment System. This game was not released in North America and is considered semi-rare.

The game features a variety of courses, weather and track conditions, and the ability to customize many of the player's cars features. Since it was a single-player only game, there was no need for two cars to be customized.