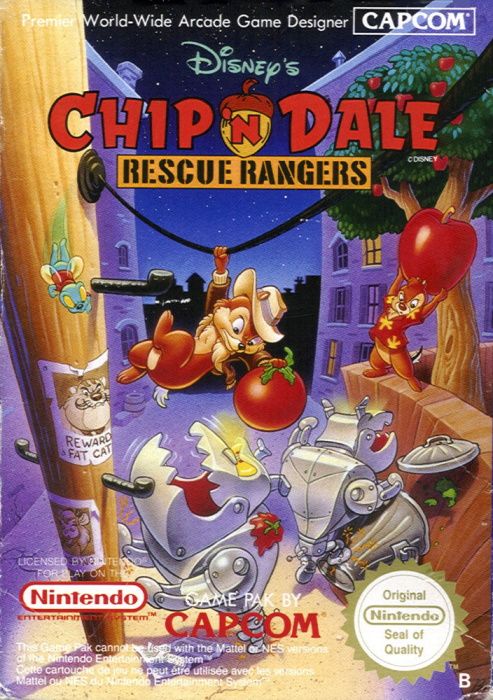 *Chip 'n Dale Rescue Rangers is a platformer video game developed and published by Capcom based on the Disney animated series of the same name. Originally released for the Nintendo Entertainment System in Japan and North America in 1990, it came to Europe the next year, and was ported to the Nintendo PlayChoice-10 arcade system. It sold approximately 1.2 million copies worldwide.

Rescue Rangers proved to be a commercial success, selling approximately 1.2 million copies worldwide, becoming Capcom's fourth highest-selling game for the Nintendo Entertainment System. It met with a mostly positive response upon its release in North America, with Electronic Gaming Monthly finding that "like previous Disney titles for the NES, this Capcom game offers the best graphics and game play for both young and old players alike," praising the title's 2-player option and "cartoon" visuals.