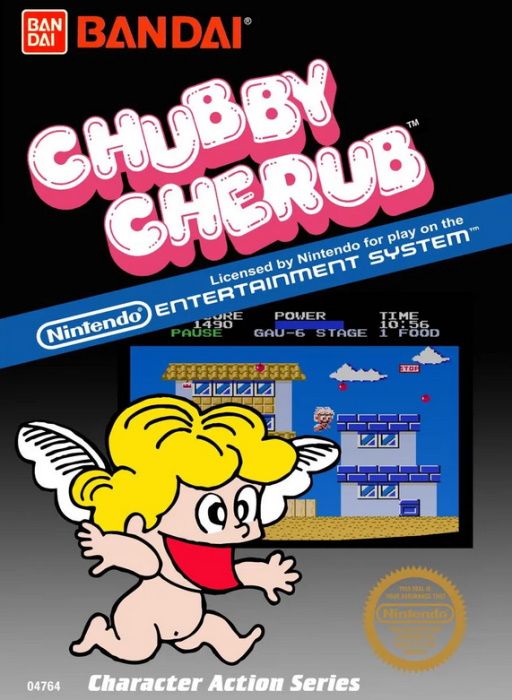 Click the button below to buy Chubby Cherub NES.

*Chubby Cherub (known in Japan as Obake no Q-tarō: WanWan Panic (オバケのQ太郎 ワンワンパニック, Obake no Q-tarō WanWan Panikku, lit. "Q-tarō the Ghost: BowWow Panic")) is a video game by Bandai for the Nintendo Entertainment System. It is about a flying cupid-like character who eats food and attacks enemies with hearts.

The original Japanese version of the game is about a ghost named Q-tarō, a character from a Fujiko Fujio manga series titled Obake no Q-tarō. It was retitled and heavily modified for its North American release since its source material was not familiar to Western audiences.