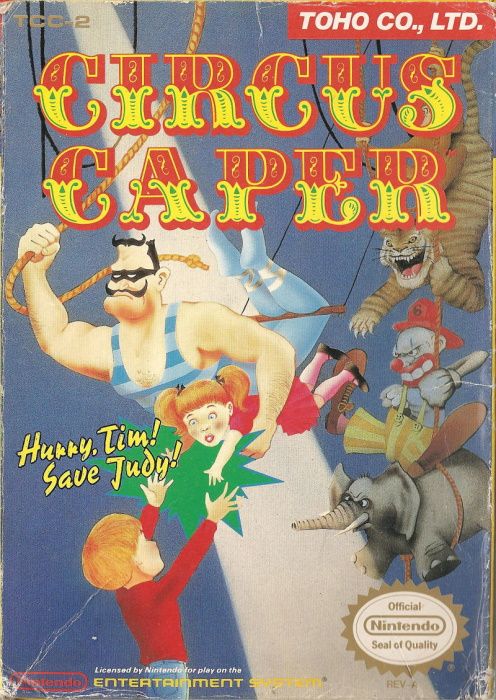 Click the button below to buy Circus Caper NES.

*Circus Caper, known as Moeru! Onīsan (燃える！お兄さん, lit. "Burn! Older Brother") in Japan, is the title of a side-scrolling Nintendo Entertainment System video game where the player controls a young boy on a quest to save his sister who has been kidnapped by the circus. The game was released in 1990 by Toho and received poor reviews.