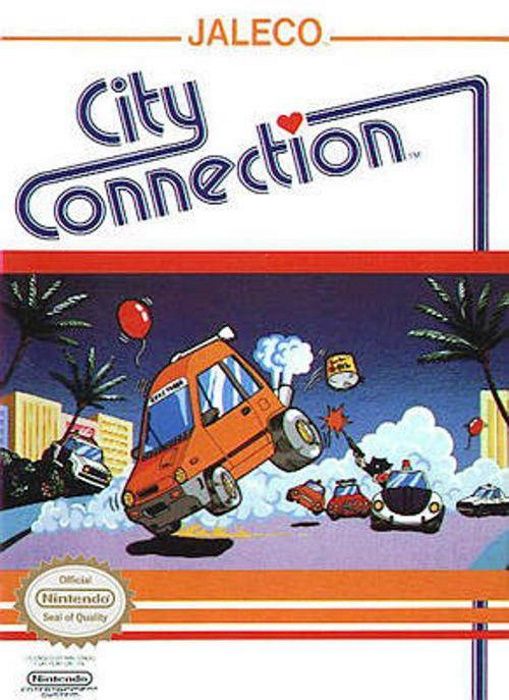 *City Connection is a platform arcade game developed and published by Jaleco in 1985. The player controls Clarice in her Honda City hatchback and must paint every section of a highway throughout twelve stages, each taking place in a famous city from around the world. Clarice is constantly under pursuit by police cars, which she can take out by launching oil cans at them, temporarily stunning them, and then ramming into them with her car. It was released in North America by Kitkorp as Cruisin'.

Jaleco would port the game to the Nintendo Entertainment System (NES) and MSX. The NES release received mixed to positive reviews, although digital re-releases would receive a more negative reception. The NES release would be included in Jaleco Collection Vol. 1 in 2003 and in JaJaMaru Jr. Denshoki Jaleco Memorial a year later.

The NES version in particular would receive a mixed reception. AllGame gave a positive review for the NES release, applauding its gameplay and graphics, concluding with “while this game is not revolutionary by any means, it deserves to be played.”. Japanese magazine Yuge ranked it as one of the 100 best Family Computer games of all time, praising the visuals, gameplay and music. Computer Entertainer US concluded that the game is "enjoyable in the short run, but we doubt that it has sufficient staying power to keep most gamers playing it over and over again.