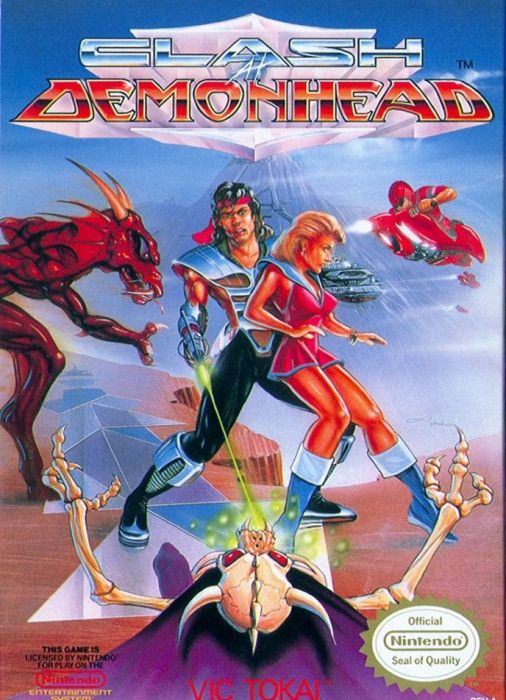 Clash at Demonhead is an open-ended platformer. The player takes control of Billy "Big Bang" Blitz, who is capable of running, jumping, and shooting. He is initially armed with a handgun, though various upgrades can be purchased from a shop, such as the boomerang gun. He later gains the ability to perform various powers by collecting Force, including shrinking, teleportation to previously-visited areas, flight, healing, and invincibility.

Aside from the language, there are a few difference between the Japanese and American releases. The Japanese version uses the yen for the money currency in the game whereas the American localization has the dollar sign instead. Other changes brought to the American version include a different titlescreen, the removal of some dialogues in the game and the adding of a mustache to the shopkeeper. Like several video games from that era, the Japanese version has ending credits that were removed on the American localization.