Click one of the buttons below to purchase this Train Simulator DLC. Different vendors often have sales at different times, always check all vendors for the BR Class 73 'Gatwick Express' lowest price.

The unique Class 73 remains the only electro-diesel locomotive to be seen on the UK’s rail network, and now comes to Train Simulator in InterCity Gatwick Express livery, complete with the Class 488 and Class 489 to recreate authentic Gatwick Express services.

The Class 73 was designed to operate on both 650/750V DC third rail and diesel power, following British Railways’ 1955 modernisation plan and an increase in electrification in the Southern Region. The Class 73 was built in two stages - the first six locomotives were built by BR in 1962 at Eastleigh Works (initially classified as Class 72) with the remaining 42 in the Class built by English Electric at their Vulcan Foundry between 1965 and 1967.

Initially designed for mixed traffic use, the Class 73 had limited power output of 600hp when operating under diesel traction mode; when operating on third rail, the power output was considerably higher at 1,600hp, meaning the Class spent most of its time in Southern England. Arguably one of the most famous uses was hauling the Gatwick Express services between London Victoria and Gatwick from the mid-1980s until 2005, although many Class 73s could be seen hauling other passenger, freight, parcels and boat trains, and also as ‘Thunderbird’ rescue locomotives.

To date, all but 10 of the Class remain, some in mainline service with others preserved, and current owners include GB Railfreight, Network Rail, South West Trains and Eurostar.

The Class 488 started their lives as standard BR Mk2f passenger coaches. However, in the mid-1980s, BR’s search for new Gatwick Express stock to replace the ageing Class 423 ‘4-VEP’ saw a number of Mk2f coaches being converted into sets for the service.

Two sub-sets of Class 488 were produced, the 488/2 was rebuilt as two-car units for first class accommodation and the 488/3 was a set of three coaches for standard class only, both sub-classes with the addition of air conditioning and Southern Region multiple unit control jumpers.

Following privatisation, the Class 488s were only used on Gatwick Express services, sandwiched between a Class 73 and Class 489. From 2000, Class 488 services were gradually replaced by new Class 460 ‘Juniper’ EMUs, although some units still remain in service with operators such as Network Rail, Northern Ireland Railways and the Ministry of Defence.

As BR continued its upgrade to Gatwick Express services, a number of DMBSO coaches from Class 414 2HAP EMUs were converted into DMLV coaches specifically for airport trains. Coupled with Class 488 and Class 73 stock, the Class 489 was a driving motor coach with capacity to transport luggage, with a top speed of 90mph (145 km/h).

As with the Class 488, withdrawals of the Class 489 began in the early 2000s, with all completely removed from Gatwick Express services by 2005. Half of the Class survived into preservation, with three units still being used by Network Rail for de-icing maintenance trains.

Here at DPSimulation we currently host two repaints of the Class 73 locomotive, depicting both Intercity Mainline and Intercity Swallow liveries. These repaints can be downloaded by clicking here. 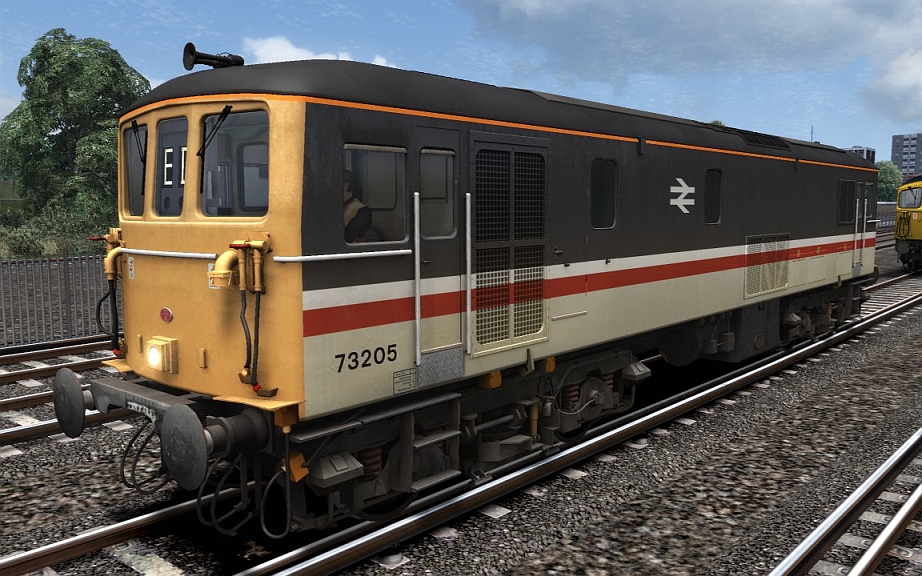 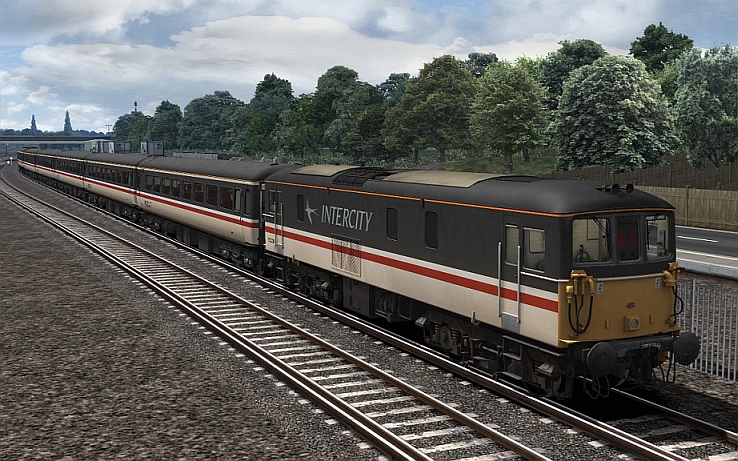 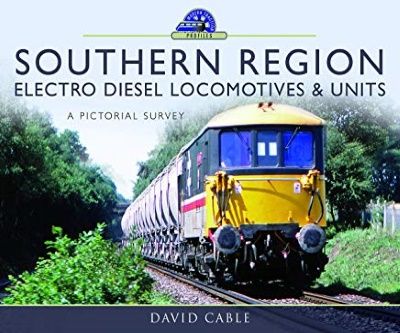