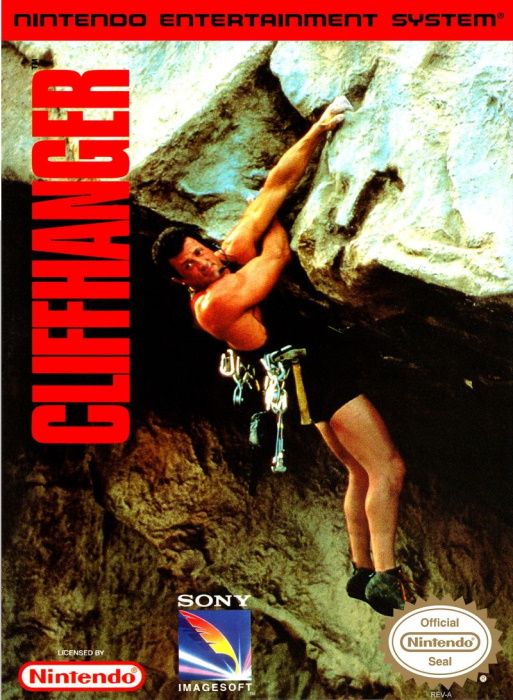 *Cliffhanger is a platform game that was released on November 17, 1993 based on the film of the same name.

The game begins with Gabe responding to the call, before Hal being captured. In order to progress through the game, the player must watch out for enemies and either avoid them by jumping or defeat them by attacking with various weapons, such as a knife or a gun. There are also bosses after every few levels, the final boss being Qualen, the leader of the terrorist group.

In their review of the Super NES version, Electronic Gaming Monthly deemed the game a poor Double Dragon clone, citing a lack of originality, poor controls, tiresome gameplay, and below average graphics. They were even more condemning of the NES version, saying that the controls suffer from a delay, the soundtrack is grating, and the graphics look like they're from one of the first wave of NES games.