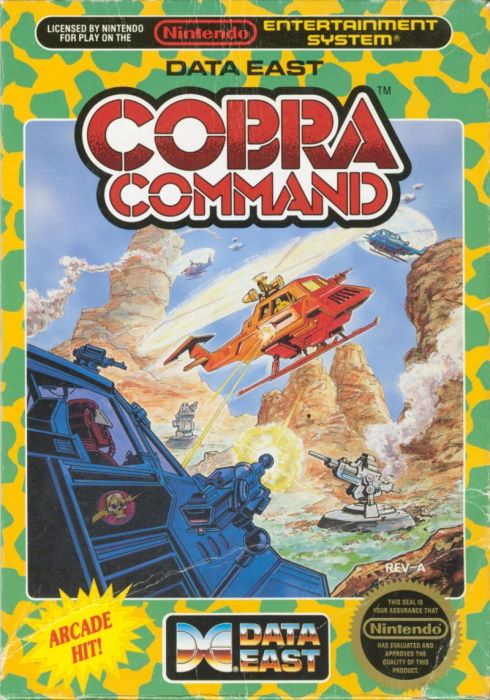 Click the button below to buy Cobra Command NES.

*Cobra Command (コブラコマンド) is a 1988 arcade game developed and published by Data East that was later ported to the NES. It is a side-scroller in which the player flies a heavily armoured helicopter through six stages to destroy enemy tanks, cannons, submarines, and gunboats. There are missions to Sumatra, Java, Borneo, the South China Sea, Siam and the enemy's headquarters.

The NES Port of Cobra Command which was released the same year as the arcade game, is slightly similar, however unlike the arcade game, the NES version does not scroll automatically, and its gameplay is similar to Choplifter as the main goal for each level is to rescue all of the hostages. Also, throughout the game, the player's helicopter can be upgraded by landing in certain areas.