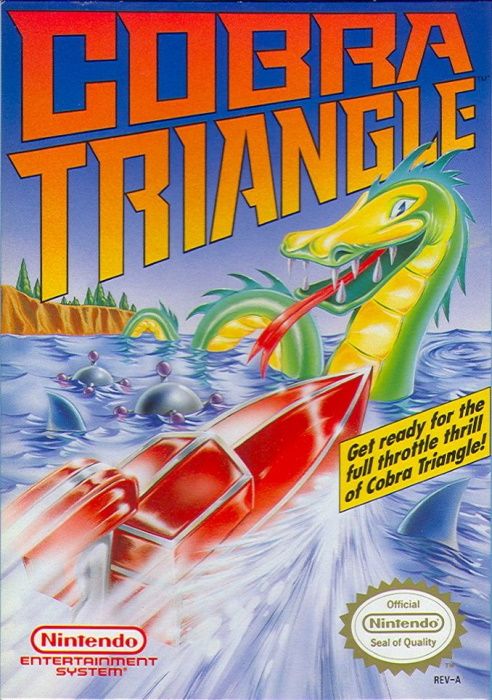 *Cobra Triangle is a 1989 racing, vehicular combat video game developed by Rare and released by Nintendo for the Nintendo Entertainment System. The player controls a weapon-equipped speedboat through 25 levels. Objectives include winning races, saving swimmers, and defusing bombs. The game also includes power-ups and is displayed from a 3D isometric perspective with automatic scrolling that follows the player's movement. The Stamper brothers designed the game and David Wise wrote its soundtrack.

Cobra Triangle is a racing, vehicular combat video game.  player races a cannon-equipped speedboat against other watercraft. The 25 stages of graduated difficulty vary in objectives: winning races, saving swimmers, and defusing bombs. Some levels end in boss fights. In races, the speedboat must avoid the riverbank and mid-river obstacles while outpacing a timer. The boat can attack other competitors, fly airborne via ramps, and pick up power-ups that upgrade its weapons and speed.