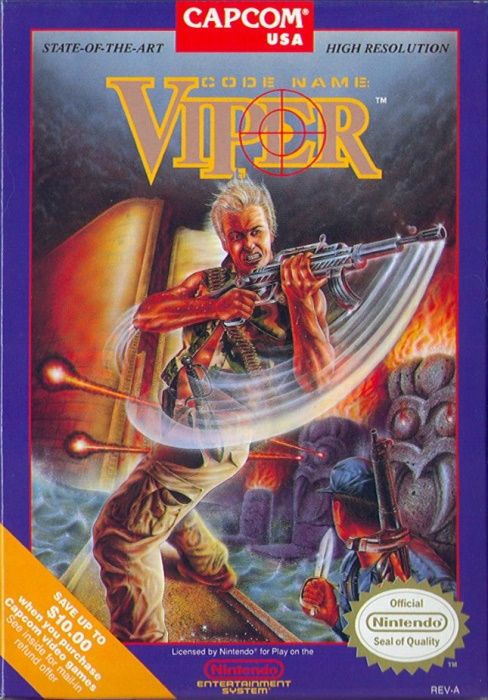 Click the button below to buy Code Name: Viper NES.

The player takes the role of Kenny Smith, code name "Viper", an agent of the 98th Special Forces. He is assigned by his commander, Director Jones, to investigate a large drug syndicate that covers all of South America. Smith's objective is to rescue a missing agent in each of the syndicate's seven hideouts and uncover clues of the Syndicate's true mastermind.

Click below to view/download a PDF version of the Code Name: Viper NES manual