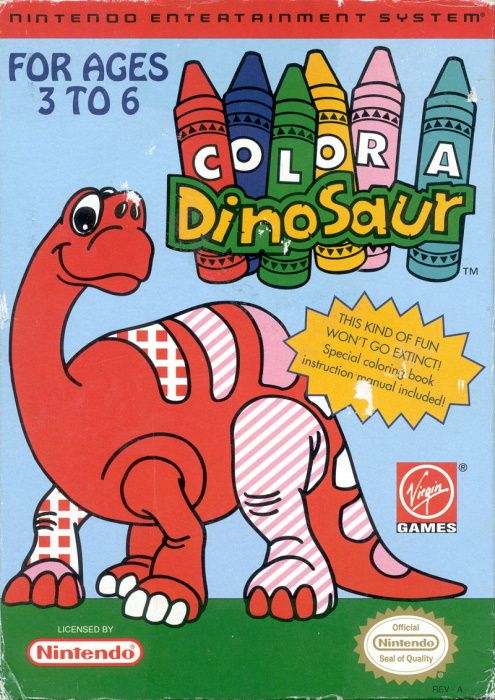 Click the button below to buy Color a Dinosaur NES.

*Color a Dinosaur is a 1993 electronic coloring book video game for children. It was developed by FarSight Studios for the Nintendo Entertainment System.

The player colors various dinosaurs by using the provided dinosaur images and palettes. Players can either color using the free form mode or in the automatic mode where they choose only a color. Intended for ages 3 to 6, the game lacks sophisticated features such as animation and minigames, and the basic colors are either brightly colored patterns or limited variations on pink or red. An extra set of patterns can be reached by pressing the Select button.