Conan: The Mysteries of Time NES 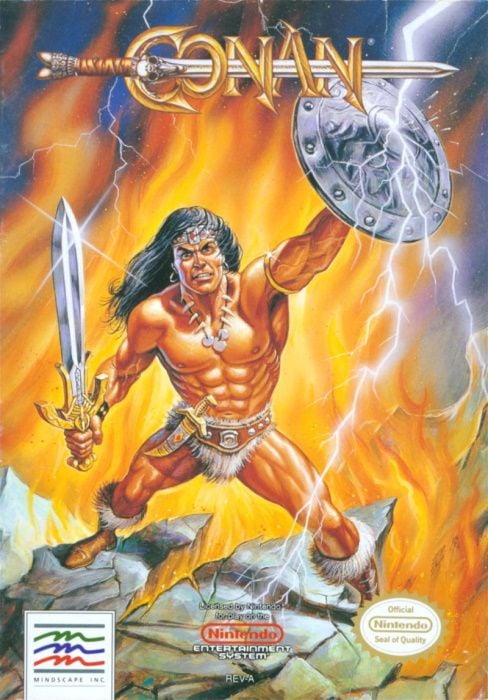 Click the button below to buy Conan: The Mysteries of Time NES.

*Conan (also known as Conan: The Mysteries of Time) is a side-scrolling action video game for the Nintendo Entertainment System released in 1991. It was developed and published by Mindscape. While it features the Conan the Barbarian character, it is a simple adaptation of a computer game called Myth: History in the Making, which was developed by System 3.

In this single player, side-scrolling, platform game you control Conan, on a quest, ordained by the Gods, to destroy various mythological creatures, under the control of the sinister Dameron

The game was almost universally panned for its poor graphics and control. The Ultimate Console Database used words like "ugly", "sad", "uninspired" and even "crap" in its review of the game.

Click below to view/download a PDF version of the Conan: The Mysteries of Time NES manual