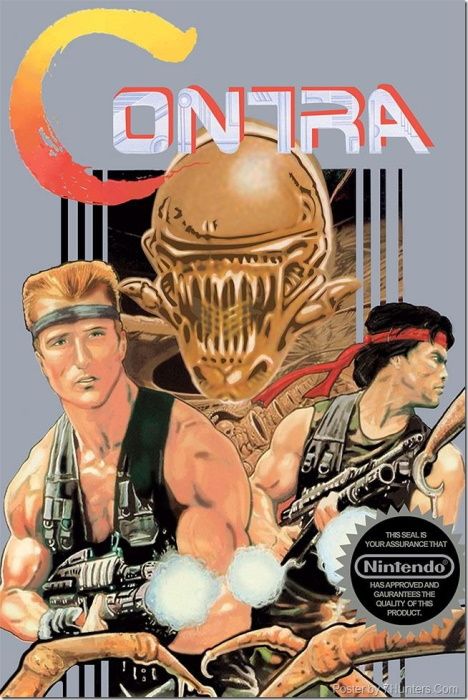 *Contra is a run and gun video game developed and published by Konami, originally released as a coin-operated arcade game on February 20, 1987. A home version was released for the Nintendo Entertainment System in 1988, along with ports for various computer formats, including the MSX2. The home versions were localized in the PAL region as Gryzor on the various computer formats and as Probotector on the NES, released later. Several Contra sequels were produced following the original game.

Contra was released for the Nintendo Entertainment System in North America in February 1988. This version was produced in-house by Konami and features several differences from the arcade release in order to better suit the NES's hardware. For example, sprites for effects (like explosions) are shown at 30fps instead of 60fps to work around the sprite limitations of the system. Another game to use this technique is Recca. The Famicom version contains cutscenes, an additional music track, and environment effects which were removed from the NES version.

Much of the game's popularity came from its two-player simultaneous gameplay, which was an uncommon feature in video games at the time of Contra's release. While successful in the arcades, the game became and remained widely popular and remembered when it was ported to the Nintendo Entertainment System in 1988.