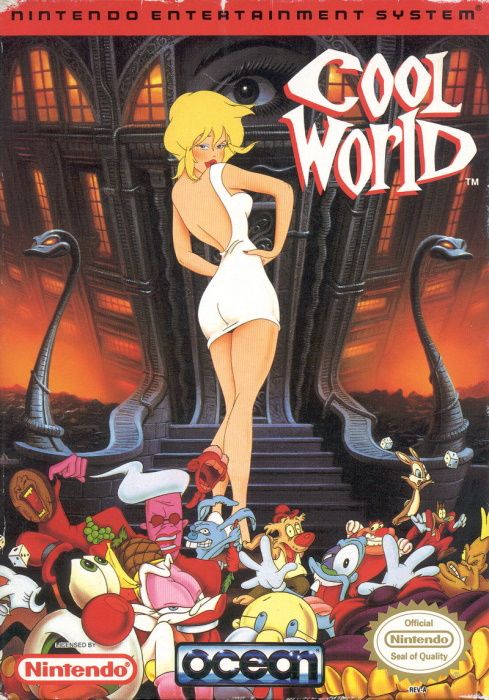 Click the button below to buy Cool World NES.

*Cool World is a 1993 action game for the Nintendo Entertainment System that is loosely based on the movie Cool World. Different games based on the film were also released for the SNES and various personal computers.

The player controls Detective Frank Harris, who must retrieve five pieces of a tunnel map bridging the real world with a cartoonish dimension known as Cool World, which is populated by cartoons known as doodles. Along the way, he must face off against the henchmen of Holli Would, a cartoon woman who seeks the Spike of Power, an artifact keeping the real world and Cool World in balance. Frank must also contend with members of the Popper Police (who were actually his allies in the film) and their police cruiser.