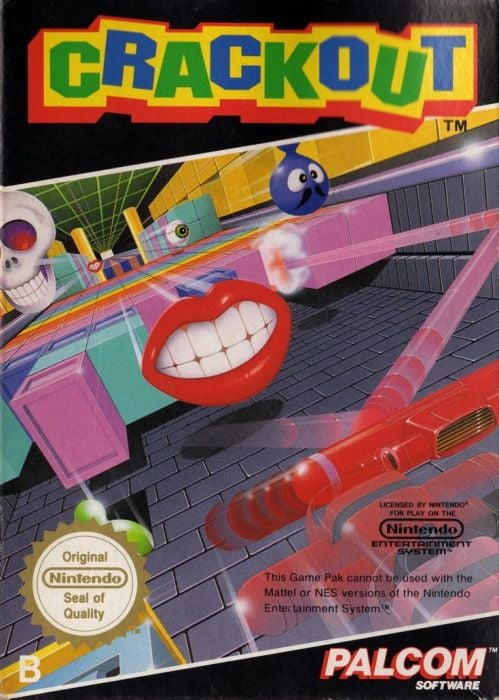 Click one of the buttons below to buy Crackout NES. Different vendors often have sales at different times, always check all vendors for the Crackout NES lowest price.

*Crackout (謎の壁 ブロックくずし, Nazo no Kabe: Block-kuzushi, Block Break: The Mysterious Wall) is a video game by Konami that was released in Japan for the Family Computer Disk System on December 13, 1986, and in Europe and Australia for the Nintendo Entertainment System in 1991. It is a Breakout clone, with some additional elements not normally found in other games in the genre.

The object of the game is to clear levels by either destroying all bricks or defeating the enemies.