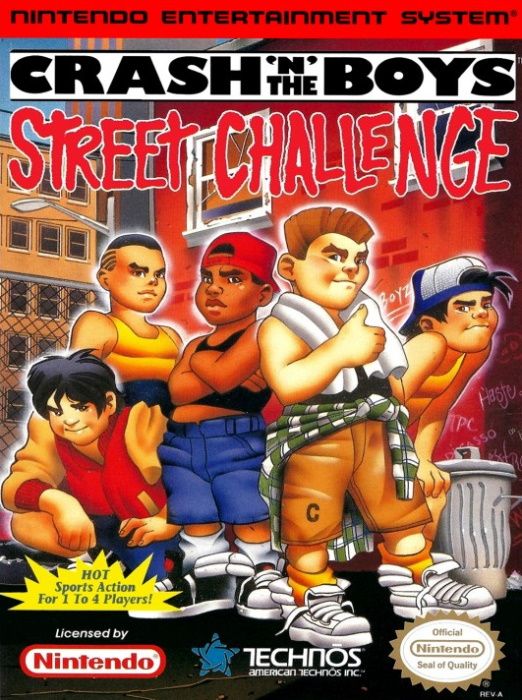 Click the button below to buy Crash 'n' the Boys: Street Challenge NES.

"Crash and the Boys" is the name of a band in the comic book series Scott Pilgrim. The band also appears in the 2010 film adaptation of the novels, Scott Pilgrim vs. the World, as well as in the subsequent video game adaptation.

Corbie Dillard of Nintendo Life gave Crash n the Boys Street Challenge 5 out of 10 stars, commending the developers for 'doing something different' and for what the game could have been. However, Dillard also wrote that the game, while not horrible in itself was inferior to other similar games. Lucas Thomas of IGN says that if you enjoy River City Ransom and Super Dodgeball you'll also love Crash n the Boys Street Challenge.

Click below to view/download a PDF version of the Crash 'n' the Boys: Street Challenge NES manual