Click one of the buttons below to purchase this Train Simulator DLC. Different vendors often have sales at different times, always check all vendors for the CSX AC6000CW lowest price.

https://store.steampowered.com/manual/277769One of the most powerful single-engine diesel locomotives in the World comes to Train Simulator, the General Electric AC6000CW.

The 1990s saw a huge horsepower race between North America’s two major locomotive manufacturers, GE Transportation and Electro-Motive, both keen to harness an anticipated demand from the railroads for high-powered freight movers. The results were the AC6000CW from GE and SD90MAC from EMD – both 6,000hp models.

Between 1995 and 2001, a total of 314 AC6000CW locomotives (in two variants) were constructed for CSX and Union Pacific in the US, and BHP Billiton in Australia. To achieve 6,000hp in a single-power-plant unit, GE collaborated with Deutz MWM of Germany to develop a new engine, the 7HDL16. Due to an eventual lack of demand for units of this size and the subsequent development of the more efficient and reliable GEVO power plant, the AC6000CW was the only significant rail application of the 7HDL-series power plant.

The AC6000CW packed considerable specifications when it entered service – units measured 76ft in length and weighed 425 tons. The locomotives are noted for their North American wide-nose cab styling, massive 5,500-gallon fuel tank, and huge rear ‘flared’ radiators unique to this GE locomotive. A total of 207 7HDL-powered AC6000CWs were built. Additionally, to hurry the model to market, GE built 106 locomotives for Union Pacific with GE’s standard 7FDL engine rated for 4,400hp, which were intended to be converted to the more powerful engine, but this re-powering program never materialised.

The GE AC6000CW for Train Simulator is available in ‘BC2’ CSX Transportation livery and features CSX freight wagons.

Image by John Mueller and used under Creative Commons license. 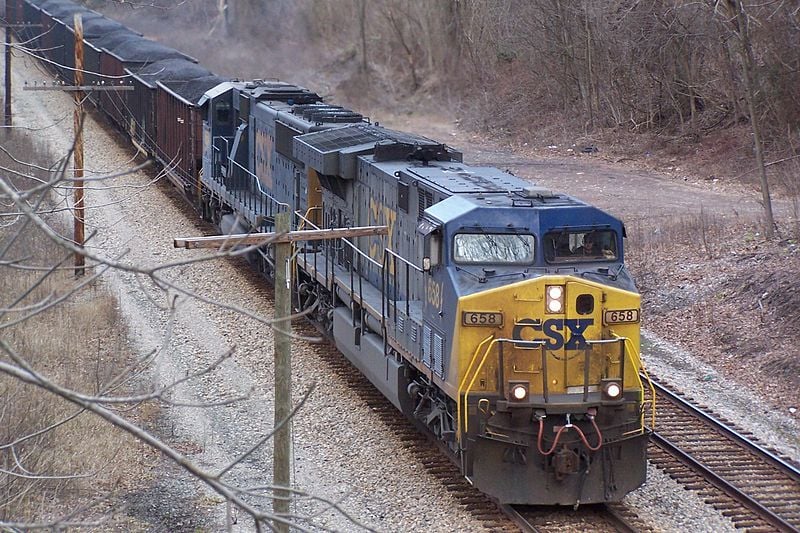