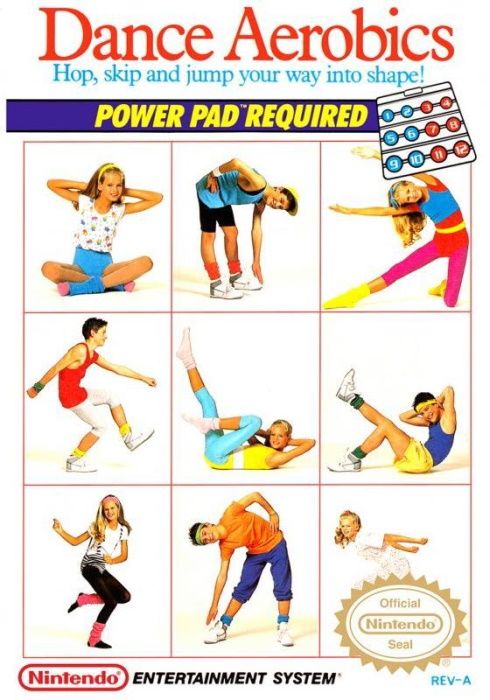 *Dance Aerobics, released in Japan as Aerobics Studio (エアロビスタジオ, Earobi Sutajio), is a music video game published in February 1987 by Bandai as the third game in Bandai's Family Trainer series. It was designed for use with NES' 3x4 dance mat, the Power Pad, making it similar to the rhythm game genre - a genre that would later explode into the mainstream gaming market at the tail end of the 1990s. Dance Aerobics was published in Japan by Bandai and in North America by Nintendo.

Dance Aerobics features three distinct modes. In Normal Mode, the player begins with four different aerobics classes to choose from and by playing through the classes may unlock an additional 4. The player must follow the motions of the instructor by stepping on the appropriate buttons on the Power Pad as music plays. The player may also use his hands and in some more advanced levels and in different modes use of the hands is required.