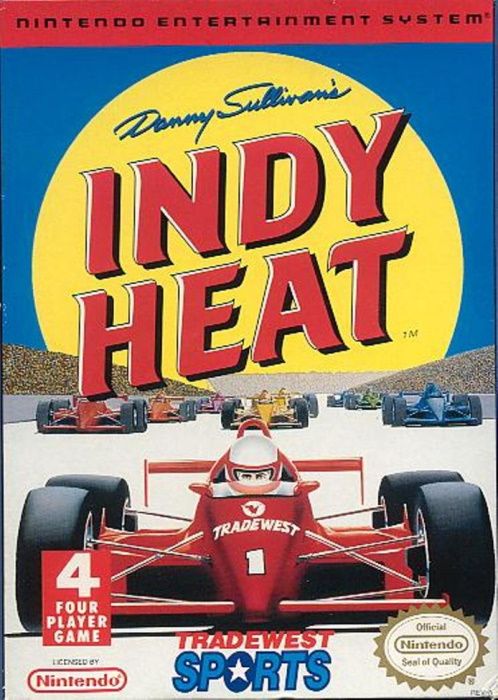 *Danny Sullivan's Indy Heat is a 1991 arcade racing game developed and published in the arcades by Leland Corporation. Home versions of the game were eventually released for the NES, Commodore Amiga, Atari ST and Commodore 64. It starred American IndyCar driver Danny Sullivan, and featured the tracks of the CART series of the early 1990s.

Indy Heat featured four-player capability, and was similar in gameplay to Super Off Road. Players earned money based on their race finishing positions, which was spent on improving their car. The race season culminated with the Tradewest Speed Bowl, which loosely resembled the Indianapolis 500.

The arcade game was later ported by Rare and published by Tradewest for the Nintendo Entertainment System in 1992. Indy Heat was the third NES game to be released that featured an American indy car driver, the others being Al Unser Jr.'s Turbo Racing and Michael Andretti's World GP. As well as the NES, the game was also ported by The Sales Curve (now Square Enix Europe) for the Commodore Amiga, Atari ST and the Commodore 64 the same year. Due to Danny Sullivan's promotion expiring, the racing game was released for the latter simply as "Indy Heat". A Sega Genesis version was developed but was never officially released.