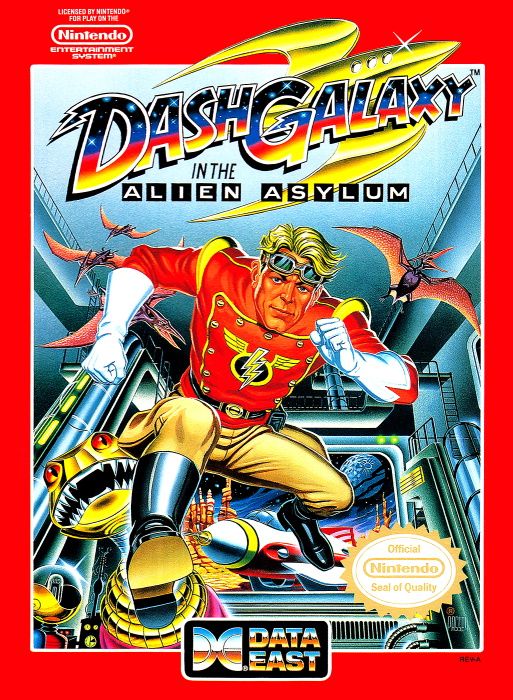 Click the button below to buy Dash Galaxy in the Alien Asylum NES.

*Dash Galaxy in the Alien Asylum is an action game for the Nintendo Entertainment System, developed by Beam Software and published by Data East, released in 1990 exclusively in North America.

The player takes the role of Dash Galaxy, a space scout who has been captured by a hostile civilization thousands of light years from earth. The game, through a shifting perspective, contains action gameplay elements.

Gameplay involves navigating through a series of floors with several rooms each. Keys must be collected to progress to higher floors, and eventually, an escape ship. Dash's only weapons are a limited supply of bombs and remote detonators.