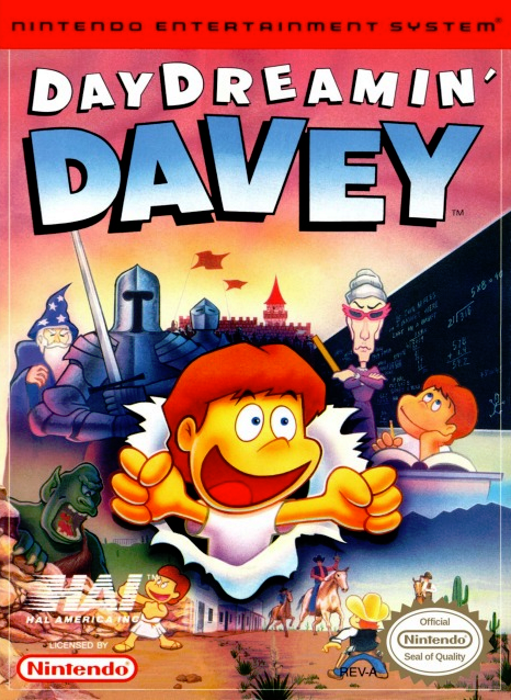 Click the button below to buy Day Dreamin' Davey in the Alien Asylum NES.

*Day Dreamin' Davey is an action video game developed by Sculptured Software and published by HAL Laboratory for the Nintendo Entertainment System that uses a third-person overhead perspective.

The game is centered around a young boy named Davey who is prone to daydreaming in school. Throughout the game Davey goes through events during his day at school that cause him to go into daydreams. The very first involves the school bully Lumpy taking his pencil, which causes Davey to daydream that he is in the Middle Ages fighting as a knight looking to regain a lance (which is his pencil in real life). Another involves him falling asleep during art class when told to draw by his teacher and pretending he is in the Wild West, and a third involves him falling asleep during a discussion of Greek civilization which takes him to ancient Greece. These stages repeat throughout the game.