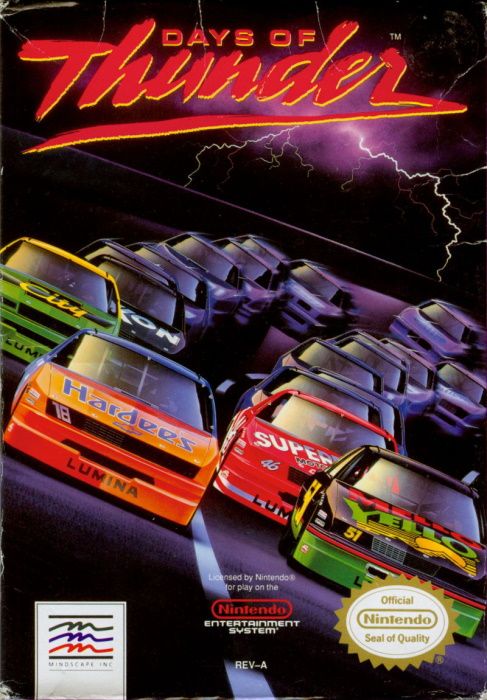 *Days of Thunder is a 1990 NASCAR racing simulation video game loosely based on the 1990 movie Days of Thunder. The game utilized elements from the movie, using a movie license from Paramount Pictures for its graphical elements, plot, and music soundtrack. It was released for the PC, the NES, the Game Boy, and many other formats.