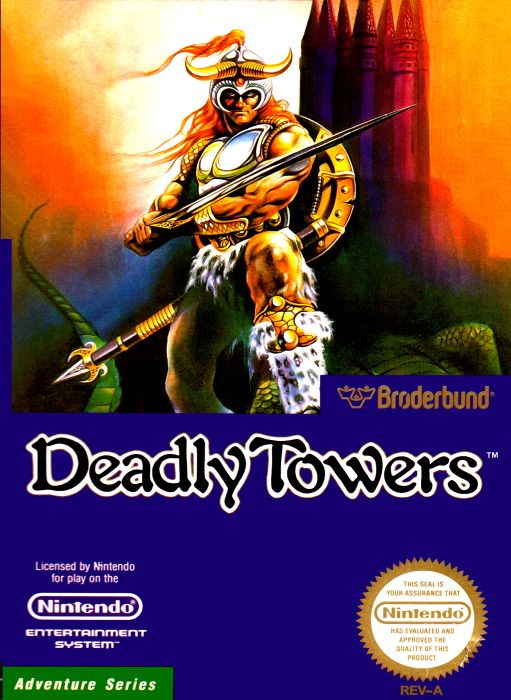 *Deadly Towers is an action role-playing video game co-developed by Lenar and Tamtex for Irem as a software title for the Nintendo Entertainment System (NES). It was released in Japan on December 15, 1986, and in North America in September of the following year.

In Japan, Deadly Towers was titled Mashō (魔鐘), literally meaning "Evil Bell". It is a pun of the word mashō (魔性), meaning "devilishness", and in keeping with this theme, the Japanese cartridge contained a red LED at the top which illuminated when turned on. Irem intended the game's English-language title to be Hell's Bells, but Nintendo of America refused to issue the game a Nintendo Seal of Quality unless Brøderbund changed the name. In North America, it was one of Irem's first titles on the NES, alongside Spelunker and Sqoon.

Deadly Towers was the work of Japanese video game developers Lenar and Tamtex, the latter being owned by the same company as Irem. Lenar is credited both in the title screen and the end of the game, while Tamtex is mentioned only in the ending credits. The development team consisted of staff from both companies. On Lenar's side, the game was co-designed by a former employee from Namco (Junichi Mizutari), where he worked on the similar The Tower of Druaga.