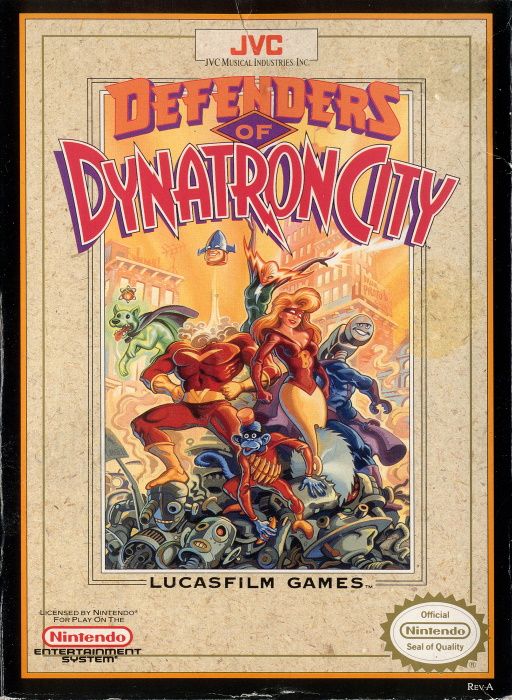 *Defenders of Dynatron City is a video game released for the Nintendo Entertainment System by JVC and Lucasfilm Games (later, LucasArts) in August 1992. The designer of the game was Gary Winnick. This was Winnick's first project as sole designer. He was previously the co-designer of Maniac Mansion, alongside Ron Gilbert.

The game won praise in its preproduction by many video game magazines for the creation of an original superhero team. However, when the game was released it was widely panned by video game critics for, among other things, having a notoriously poor hit detection that required extremely precise aim for attacks to hit enemies.