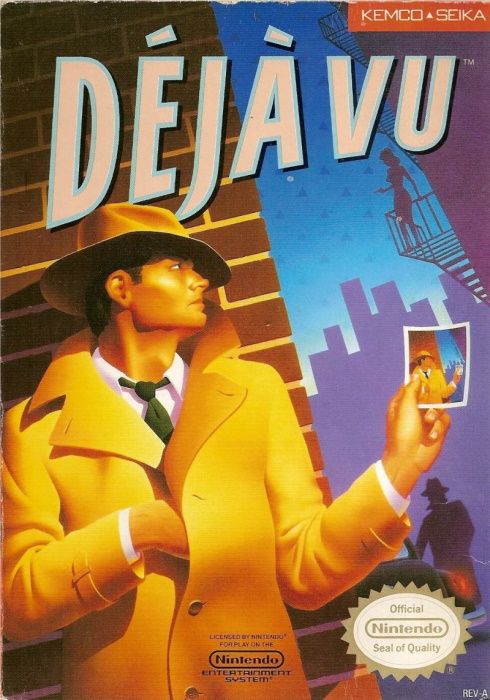 Click one of the buttons below to buy Déjà Vu NES. Different vendors often have sales at different times, always check all vendors for the Déjà Vu NES lowest price.

*Déjà Vu is a point-and-click adventure game set in the world of 1940s hard-boiled detective novels and movies. It was first released in 1985 for Macintosh – the first in the MacVenture series – and later ported to several other systems, including the NES. Subsequent releases featured graphical features such as color.

Numerous ports were made, including versions for several home computer systems in 1987 and one for the Nintendo Entertainment System in 1990. Versions of the game and its sequel containing new graphics and sound were released for Microsoft Windows in the early 1990s, and later as a combined single-cartridge release for the Game Boy Color in 1999 (under the title Déjà Vu I & II: The Casebooks of Ace Harding, which was also released for DOS, Windows 3.x (1992), and Windows Mobile (2002).

Digital Press gave the NES version 6 out of 10, approving the puzzle-solving while have average opinions on graphics and music. It was awarded Software Publishers Association excellence in software awards in 1986 for Best Entertainment Product.