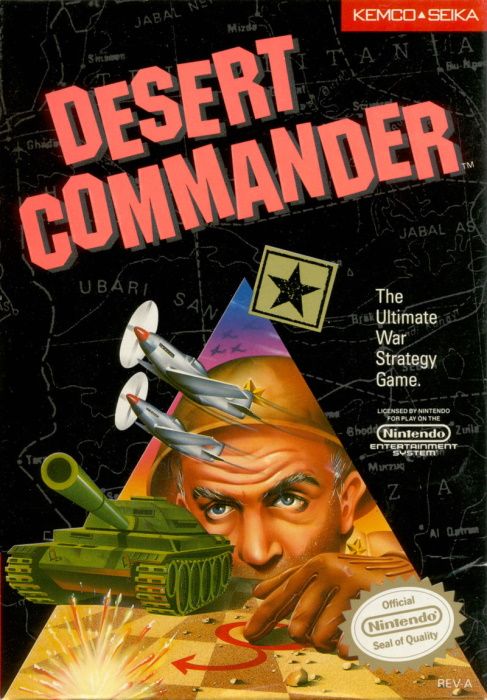 *Desert Commander, released in Japan as Sensha Senryaku: Sabaku no Kitsune (戦車戦略 砂漠の狐), is a turn-based tactics game for the Nintendo Entertainment System. It is themed after the North African theatre of World War II. In the original Japanese version, the players can choose between the Allied Forces of Generals George S. Patton and Bernard Montgomery, and the Axis Powers of General Erwin Rommel. For the North American release, the factions were not named and the conflict remained opaque.

The player's force consists of nine different types of units and one headquarters unit (which is a unit by itself and also can be used to attack). Each scenario gives a different set number of units to use, which the player can mix and match between the different types without going over that limit. When in a one-player game, the second controller can be used to modify the CPU forces.