In the late 1890s the Great Western Railway were seeking new locomotives as part of their post-broad gauge conversion modernization. The newly appointed Chief Mechanical Engineer of the GWR, George Jackson Churchward, sought out designs for modern steam locomotives that could serve the Western network far into the future. His first success came from the 2-cylinder prototype known as the Saint Class which, from 1902, would go on to serve as the standard 2-cylinder design for the foreseeable future. This gave Churchward the desire to experiment with 4-cylinder locomotives, which could help make a fleet of even more powerful locomotives. Churchward convinced the GWR to acquire a small handful of four-cylinder French steam locomotives for comparison.

The first four-cylinder prototype appeared in April 1906 as No. 40 and with the Class being named the ‘Star’, No. 40 was named North Star. No. 40, much like the Saint prototypes built by Churchward before, featured a 4-4-2 wheel arrangement with the standard 4-6-0 being only a simple conversion away. Various aspects of the design were influenced by the French locomotives and the wheel arrangement was eventually converted into the classic 4-6-0 by November of the same year. This was decided after reports concluded that the 4-4-2 design would suffer during low adhesion or with heavier loads. A clear indication that the Class had set the standard four-cylinder design was the prototype itself, which would eventually be rebuilt into a Castle Class locomotive in 1929.

Following the success of the prototype, several series of Star Class locomotives would be built between 1907 and 1923. Each series was given a different overall name despite them being part of the same class; for example, after the first batch of 10 locomotives, known as the Star series were produced, the second batch were classed the Knight series and this trend continued through each batch of locomotives. Each batch saw various differences between them, however underneath the standard Star Class remained.

The final Star Class, 4072 Tresco Abbey, was built in February 1923. After this Class had ended its production run its successor, the 4073 Castle Class, continued on the numbers as a more powerful express passenger locomotive which originated from the Star Class. In fact, as many as 15 Castle Class locomotives came to be thanks to Star Class conversions (including Tresco Abbey).

During its prime, the Star Class fleet operated mainly as an express passenger locomotive, hauling the longer distance journeys at higher speeds than had been seen before. They literally were the ‘Stars’ of the Great Western from London to Bristol and beyond. That was however until improvements were made upon its design and the more powerful Castle Class – and also eventually the even more powerful King Class – began to take charge of the top link expresses out to the West. Many of the Star Class locomotives were displaced to secondary operations while the new Castle and Kings reigned supreme, however the most reliable of the Stars did last in service well into the 1950s.

Eventually, the end was approaching for the Star Class, those that hadn’t been scrapped by the mid-1950s were rebuilt into the Castle Class and the final two that were still in service were withdrawn by British Railways in 1956 and 1957. Out of all the Star Class locomotives, only one has been preserved and it is done so in a static state; 4003 Lode Star can be found today as the sole survivor of the Class under the protection of the National Railway Museum, a non-working exhibit that treasures the legacy behind some of the most iconic GWR locomotives in history.

The Star Class for Train Simulator features 19 examples of the locomotive from both the original Star Series and the following Knight Series:

The GWR Star Class locos feature alongside the Collett 4000 Gallon Tender in both Clean and Dirty GWR liveries. Complex features such as steam heating and steam injectors are included alongside Driver Assist to help you get straight into the action. Composite, Brake Third and Third Collett “Sunshine” coaches in the GWR Shirtbutton livery will also be included along with one TS Academy Tutorial and four Career scenarios for the Riviera Line in the Fifties route. 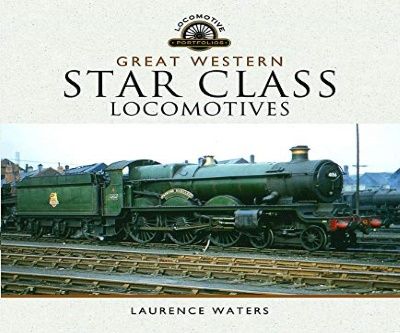