Click one of the buttons below to purchase this Train Simulator DLC. Different vendors often have sales at different times, always check all vendors for the Norfolk Southern Dash8-40C lowest price.

As part of GE Transportation Systems’ Dash 8 Series, the popular Dash8-40C is one of the most popular locomotives in the series, and is now available for Train Simulator.

Built by General Electric between 1987 and 1992, more than 500 Dash8-40C locomotives entered service for a number of US railroad companies. The Series was the first to be fitted with a microprocessor equipped engine control system, which was later to be adopted on a number of diesel locomotives.

With an output of 4,000hp and a top speed of 68mph (109 km/h), the Dash 8 was considered a heavy duty freight locomotive and was fitted with standard GE equipment, including dynamic braking but without display screens, preferring to retain old style gauges and dials on a tall console in the driver’s cab.

Alongside CSX Transportation and Union Pacific, Norfolk Southern originally purchased 89 units and inherited more Dash 8s from Conrail when the two railroads merged. The Dash8-40C for Train Simulator recreates the original locomotive with narrow nose as it operates for Norfolk Southern.

Features of the model include instrument and cab lighting, dynamic braking and Norfolk Southern coal gondolas.

Image by Sean Lamb and used under Creative Commons license. 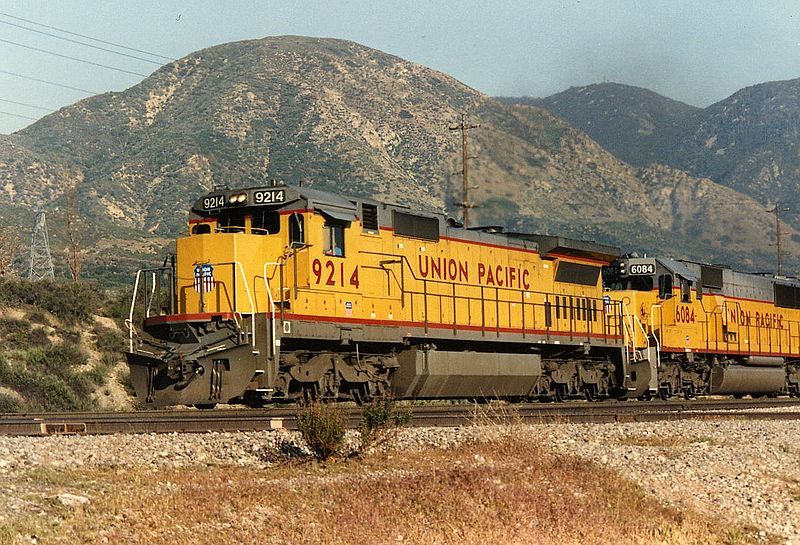