The fan-favourite Portsmouth Direct Line is remastered in spectacular detail featuring extensive re-engineering works over the entire route. This remaster also features an additional 20 miles of extra railway extending the route all the way to London Waterloo.

In the early 1830s, the link between London and the south western docks of England was sub-par, and proposals for a railway connection were put forward by multiple companies. Two ports were shortlisted for receiving rails first, Portsmouth and Southampton, the latter would be chosen owing to its under-developed state in comparison Portsmouth’s established naval background.

Between 1838 and 1840, the Southampton, London & Branch Railway and Docks Company laid their new route. The new railway was not entirely direct as further extensions were proposed towards Bristol, but the Great Western Railway established a better connection before this could be made a reality. Despite all this, the line to Southampton was a success, and the ‘SL&BRDC’ renamed itself to become the London and Southampton Railway, and soon after that the London & South Western Railway.

With Southampton reached by rail, attention turned to Portsmouth, however the L&SR proposed a branch line from Eastleigh, formerly Bishopstoke, and the Portsmouth Corporation were heavily opposed to such an in-direct route from London. Despite the resistance, the branch line would be built anyway. This put Portsmouth on the railway map, but not in a way that many were hoping for.

It wasn’t until another branch was opened that things started looking up, the line out of London passed through the town of Woking, situated just over 5 miles north of the industrious town of Guildford, and a rail connection between the two towns was considered, then granted. The branch to Guildford would form the basis of a more direct connection between London and Portsmouth, with multiple potential lines under discussion by 1845.

The LSWR settled with a new route via Godalming and Chichester, however tensions and rivalry elsewhere in the south of England was growing fast, leaving only an extension as far as Godalming to be granted construction in the late 1840s. Meanwhile, another railway, the London, Brighton and South Coast Railway, reached Portsmouth from Brighton via Havant, still another connection to London but again, not what many were after.

Eventually, in the early 1850s, a railway between Godalming and Havant was approved, and London could finally reach Portsmouth in a direct manner. However, one key issue remained, and that was that between the port and Havant, the line was also operated by the LBSCR, who retained territorial exclusivity.

The situation worsened significantly with the LBSCR declaring that no Portsmouth Railway trains could run, and they removed infrastructure at Havant to enforce it. The LSWR fought back by diverting an unscheduled goods train through the opposite line, completely blocking the station. This culminated in the Portsmouth Railway ironically being terminated short at Havant, and a final agreement wouldn’t be met until 1860.

The line, now in a civilised state, was almost complete. The final extension came in 1876 when the railway was taken a little closer to the harbour of Portsmouth, negating travel through the confines of the city for a much more suitable railway link. At long last, Portsmouth had its ‘direct line’ to London.

The next major change for the line would be the grouping of Britain’s railway companies to form the ‘Big Four’ in 1923, and the LSWR became part of the Southern Railway. The SR were keen to electrify their network and revolutionise travel with the use of electric multiple units, with the electric line to Portsmouth announced in 1935 and completed over 2 years. Signalling was also improved, and platforms were extended.

The line itself traverses some very rural scenery and does battle with some rather steep gradients between Woking and Havant, much more manageable with modern traction but without a doubt definite challenge in the steam era, one which was accepted to keep construction costs at a minimum.

The map below represents a basic overview of the Portsmouth Direct Line: London Waterloo - Portsmouth route. To view and download a full sized copy of this map, click here. 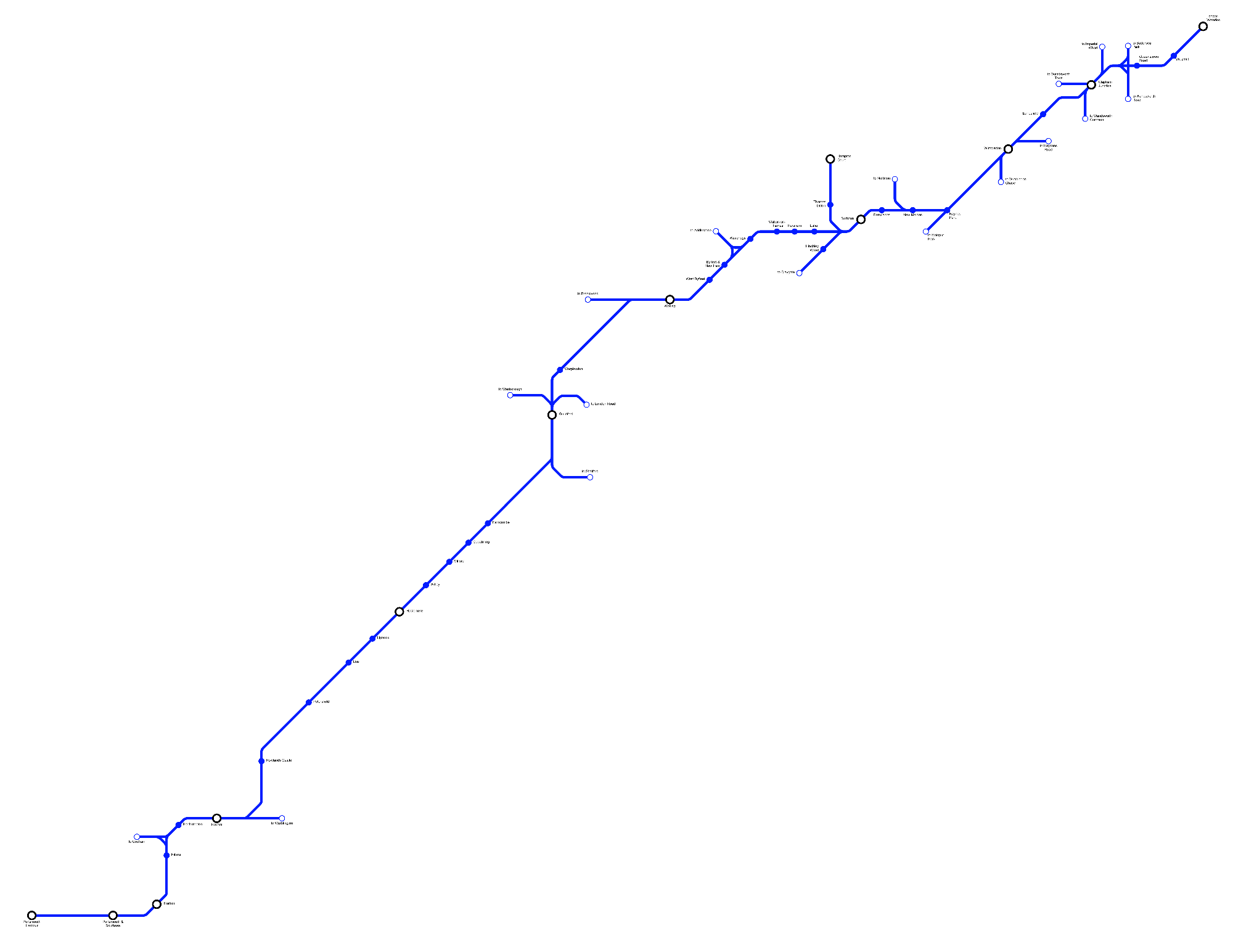 Armstrong Powerhouse sell an enhancement pack for the Class 450 EMU that is included with the Portsmouth Direct Line: London Waterloo - Portsmouth route that transforms the unit into a Class 350 EMU. 7 liveries are included with the enhancement pack along with an array of brand new features. Visit the product page at the Armstrong Powerhouse website by clicking here. 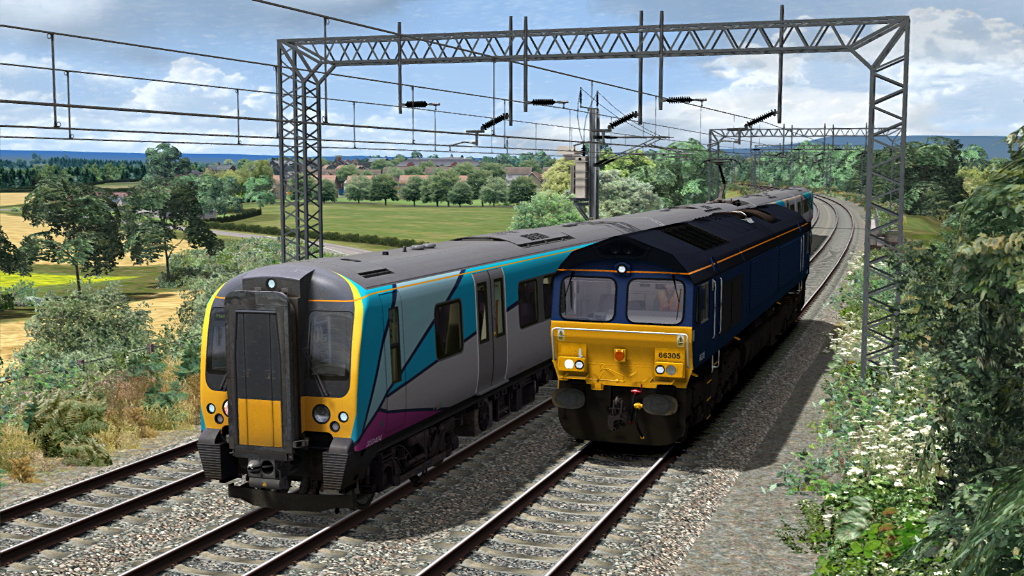 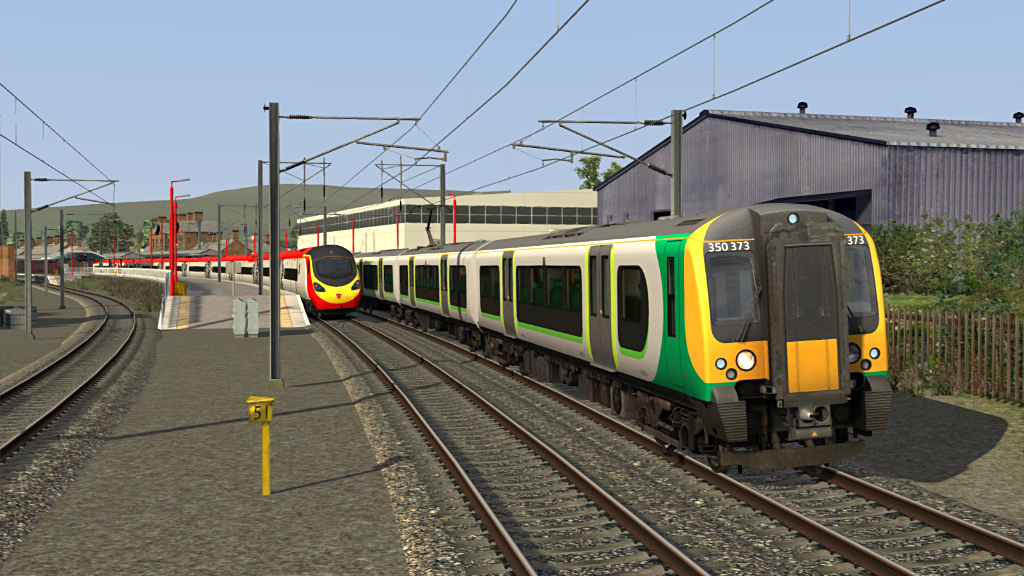 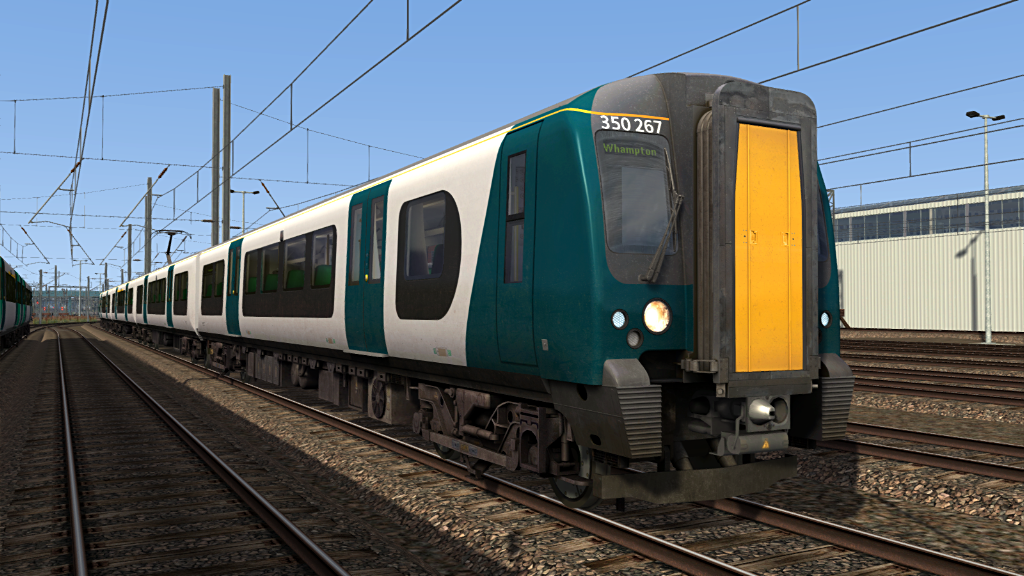 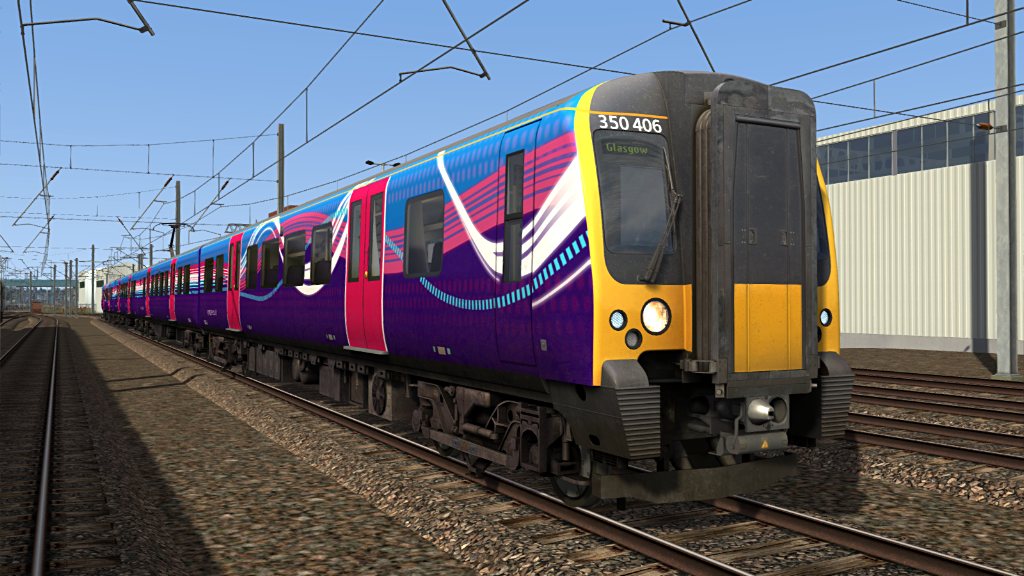 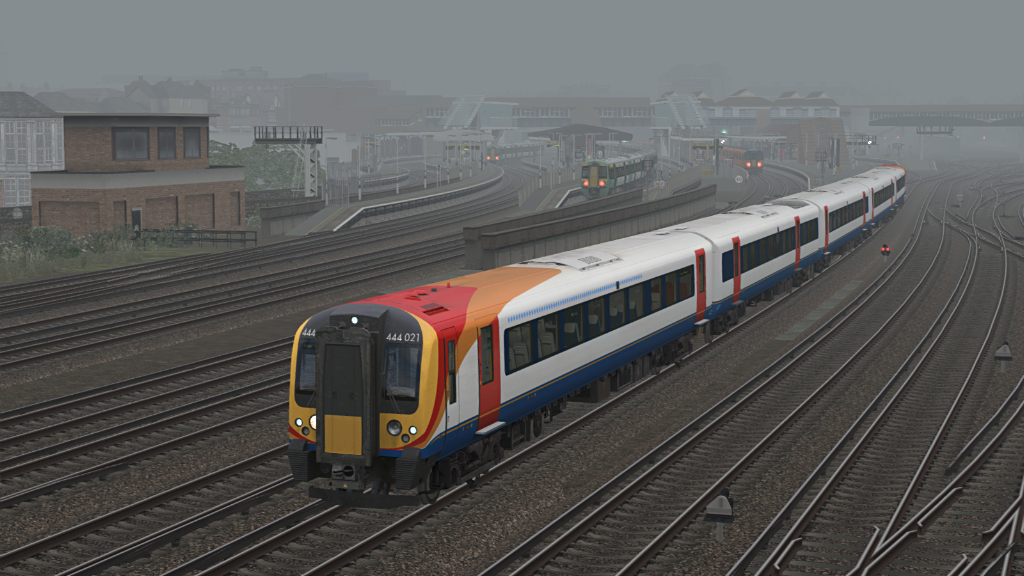 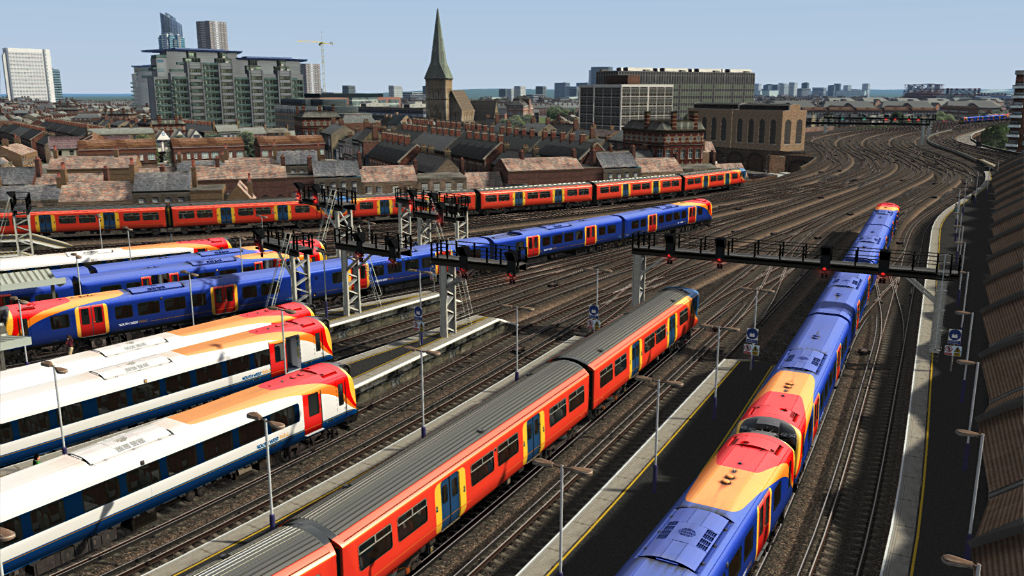 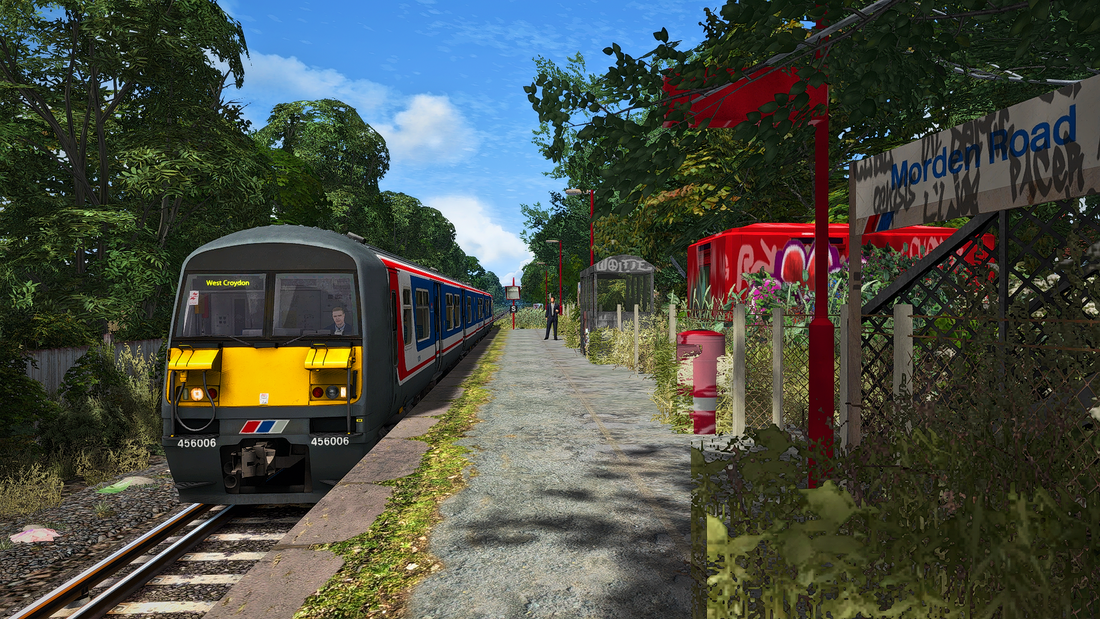 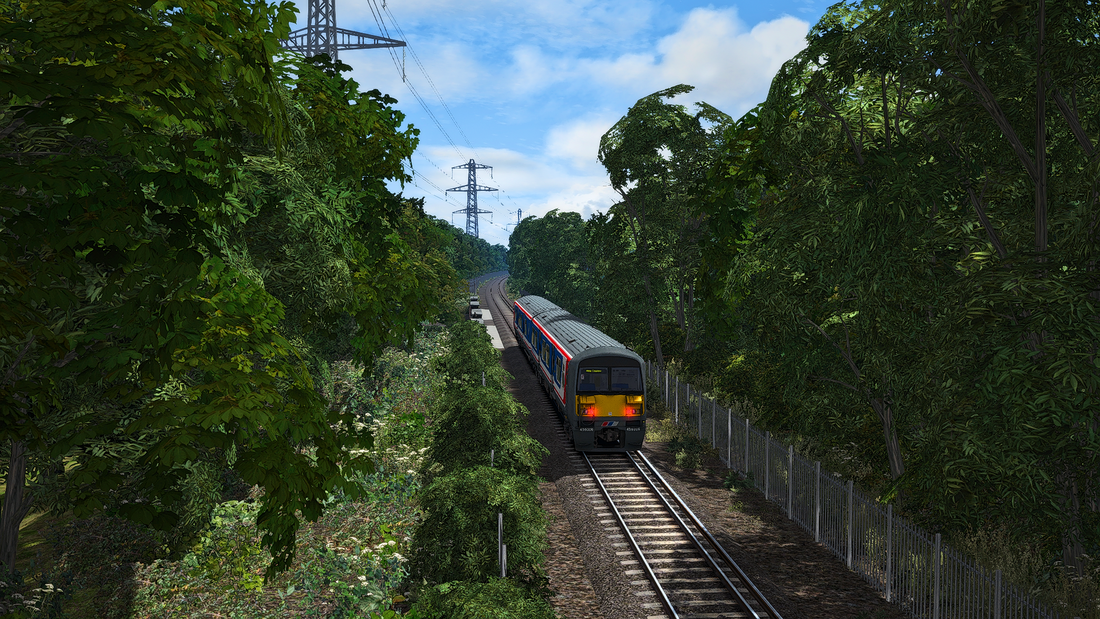 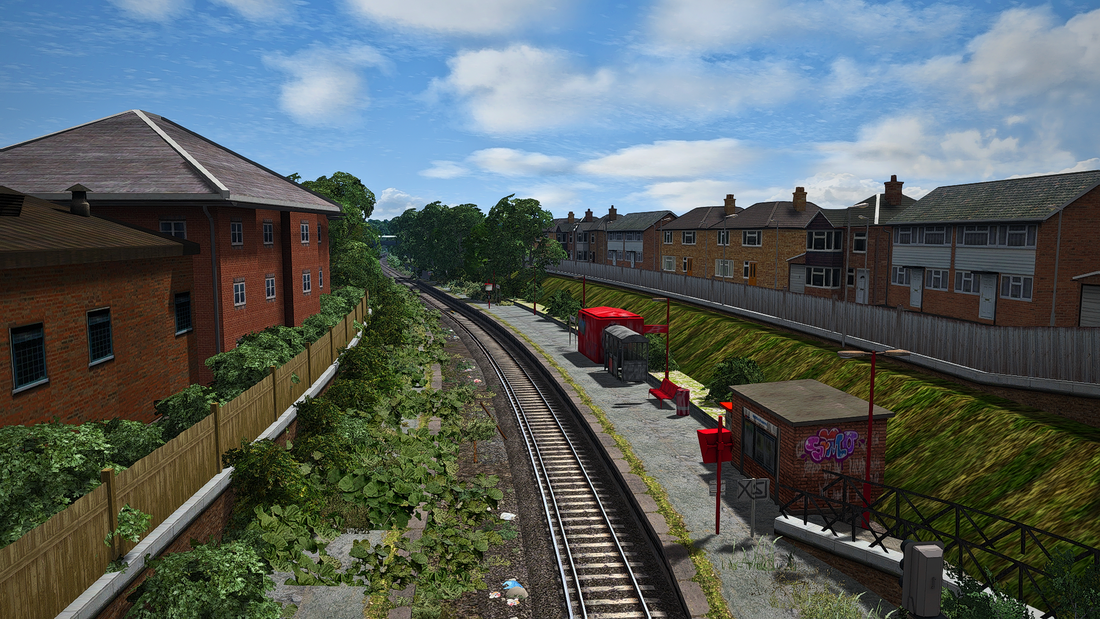 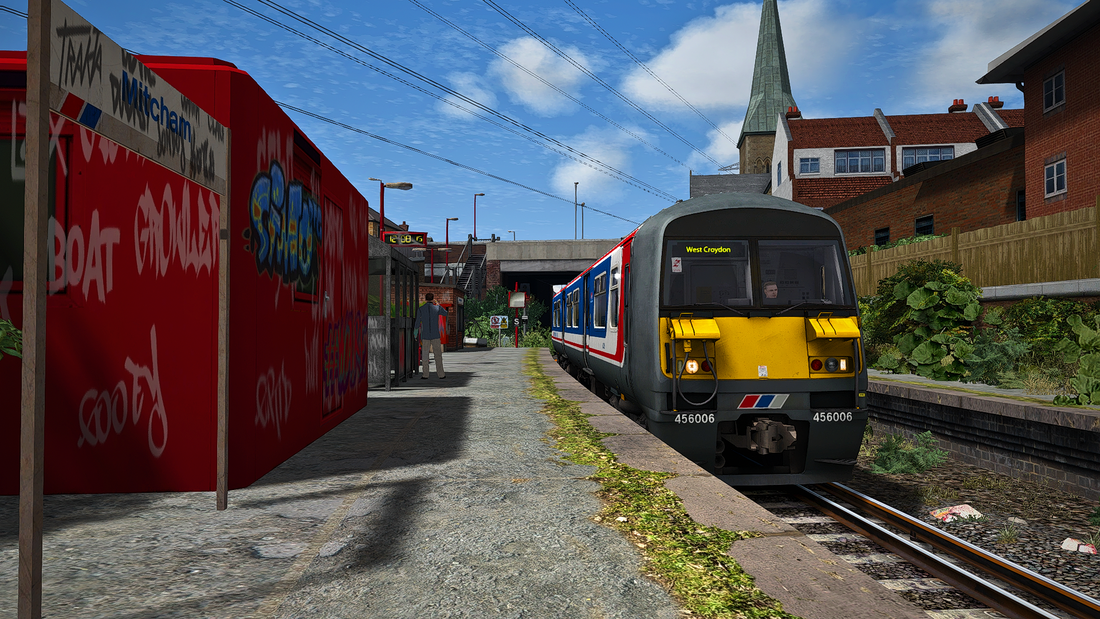