Click one of the buttons below to purchase this Train Simulator DLC. Different vendors often have sales at different times, always check all vendors for the Seaboard GE U36B lowest price.

General Electric introduced its “Universal Series” diesel road-switchers in 1959, and over the following two decades more than 3,500 “U-Boats” - as the locomotives were nicknamed – were constructed. The final and most powerful four-axle (B-B) model in GE’s U-Boat line was the 3,600-horsepower U36B built from 1969 through 1974.

Constructed primarily for the Seaboard Coast Line (which owned 108 of the total 125 built), the U36B was put to work on SCL’s fastest and heaviest freight hauls, but it was also versatile enough to handle almost any duty. Seaboard Coast Line was merged into the Seaboard System Railroad in 1982 and SCL’s fleet of U36Bs continued to serve in mainline duty into the 1990s, after which a number found further work on U. S. short lines.

The GE U36B for Train Simulator is available in Seaboard Coast Line and Seaboard System liveries. Features of the model include EMD-style Blomberg trucks as were used on all SCL’s U36Bs, rear headlight control, gyralight control, forward headlight control and classification lights. Accompanying the U36B are SCL’s noted yellow-liveried covered hoppers and a Seaboard Coast Line M-5 caboose, each of which are ideally suited for service with this historic U-boat.

Image by Hunter Desportes and used under Creative Commons license. 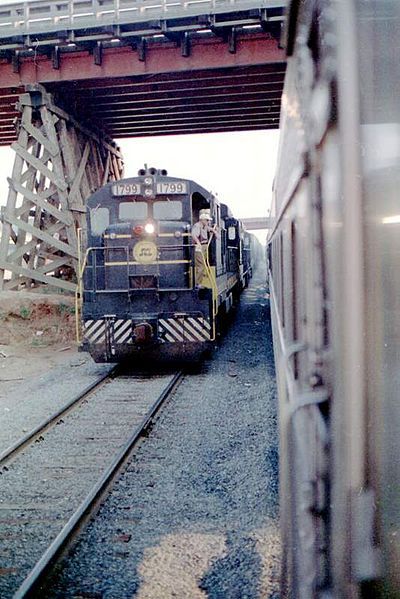