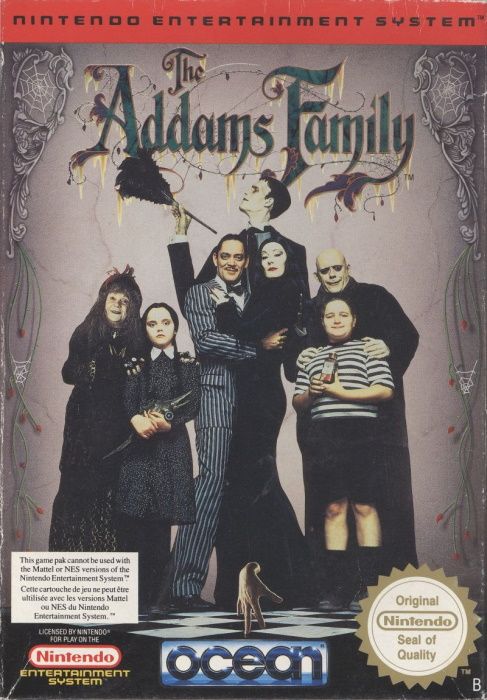 *The Addams Family is a platform game based on the 1991 movie of the same name released by Ocean Software in 1993. The game was released for the Sega Master System, TurboGrafx-16, Sega Genesis, Super Nintendo Entertainment System, Amiga and Atari ST.

Ocean released several other versions of the game for other platforms, featuring different levels and gameplay. One version was released for the Nintendo Entertainment System and Sega Game Gear, with the latter ported by Acclaim Entertainment. A third title was developed for the Game Boy, and a fourth was produced for the Amstrad CPC, Commodore 64 and ZX Spectrum home computers.

In all versions, players control Gomez Addams as he attempts to rescue other members of the Addams family.