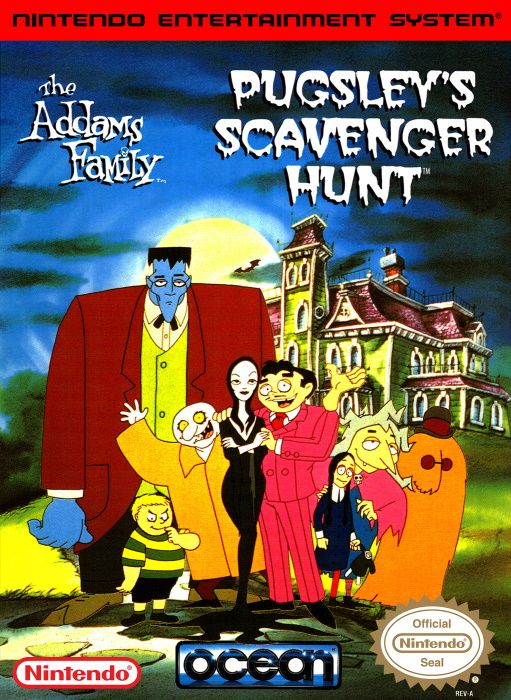 *The Addams Family: Pugsley's Scavenger Hunt is a video game released by Ocean in 1992 in Europe and 1993 in North America. It was based on the second animated series.

The game is a side scrolling platformer adventure game that plays in a very similar way to the previous Addams Family title. The game plays in a non-linear way in so much that the player can choose which level to attempt by entering whichever door they choose in the Addams house.

Click below to view/download a PDF version of the The Addams Family: Pugsley's Scavenger Hunt NES manual